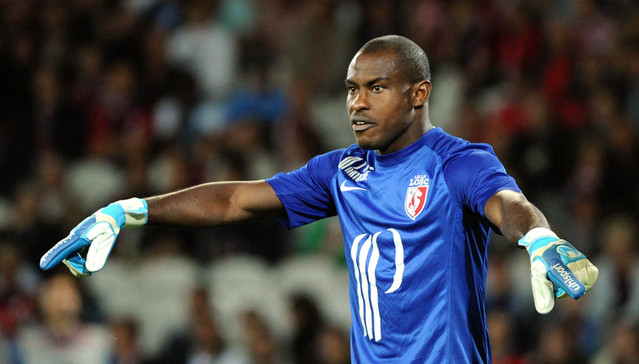 Super Eagles captain Vincent Enyeama has been named as the Best Goalkeeper in France for 2014.

The Lille stopper was in brilliant form for both club and country and also made the L’Equipe Newspaper’s Best 11 Team of the Year 2014.

Enyeama is also on the final shortlist for the CAF African Footballer of the Year. The winner will be announced at the awards ceremony next Thursday. Yaya Toure and Pierre-Emerick Aubameyang of Gabon and Borussia Dortmund are also in the running for the prize.