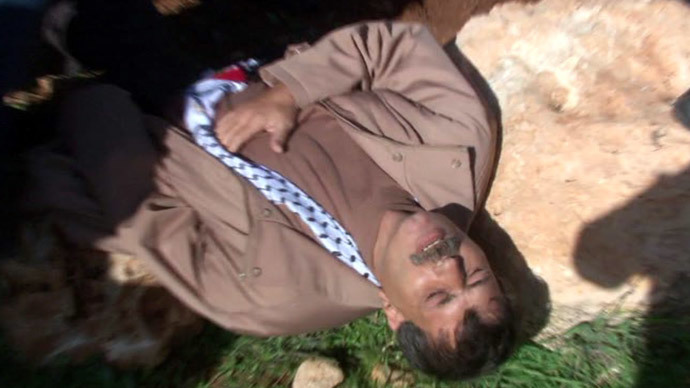 Abu Ein was the head of the Anti-Wall & Settlement Commission. He is one of a handful of people associated with PA that is active at demos.

There are conflicting reports on how Abu Ein, a leading member of Abbas’ Fatah movement and cabinet minister, died. Several media outlets say he was reportedly struck in the chest with a tear gas canister fired by Israeli troops, after which he collapsed. Other reports say Israeli forces beat Abu Ein with the butts of their rifles and their helmets. Following the violent altercation, he was later rushed to the hospital in Ramallah by ambulance, but reportedly died en route.

Ahmed Bitawi, the director of the Ramallah hospital, told AFP Abu Ein “was martyred after being beaten in the chest. According to IDF sources, the military believes that his death was a result of a heart attack, the Jerusalem Post reports. 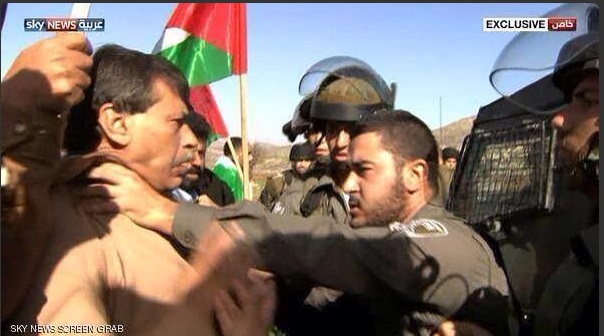 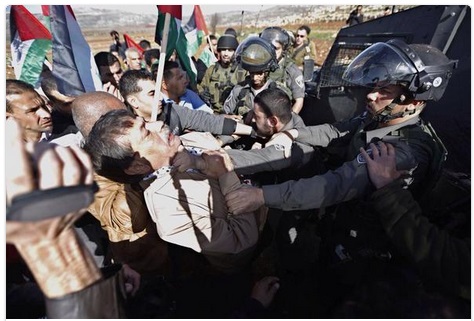 Palestinian Ziad Abu Ein (C), Head of the Anti-wall and Settlement Commission, argues with Israeli soldiers as they prevent him from crossing to Al-Shuhada Street in the West Bank city of Hebron November 29, 2014.(Reuters / Mussa Qawasma)

Palestinian President Mahmoud Abbas condemned “the brutal assault that led to the martyrdom” of Abu Ein, labeling it “a barbaric act that cannot be tolerated or accepted,” the official Palestinian news agency WAFA reported.

And in case anyone thought that grip was momentary, here’s a pic from @LukeReuters pic.twitter.com/ofPjjNUCci

“We will take the necessary measures after the results of the investigation into the incident,” Abbas said. He later annoucned three days of morning for Abu Ein.

Riyad Al-Maliki, the Palestinian foreign minister said that “Israel will pay for the “murder.”