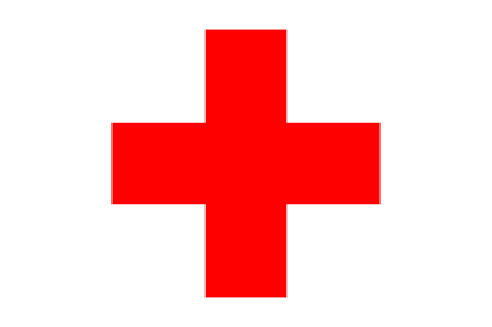 The Red Cross says it has provided homes to more than 130,000 people in Haiti, hit hard by an earthquake . But the actual number of homes the group has built: six. Even as the group has publicly celebrated its work, insider accounts detail a string of failures.

The neighborhood of Campeche sprawls up a steep hillside in Haiti’s capital city, Port-au-Prince. Goats rustle in trash that goes forever uncollected. Children kick a deflated volleyball in a dusty lot below a wall with a hand-painted logo of the American Red Cross.

In late 2011, the Red Cross launched a multimillion-dollar project to transform the desperately poor area, which was hit hard by the earthquake that struck Haiti the year before. The main focus of the project — called LAMIKA, an acronym in Creole for “A Better Life in My Neighborhood” — was building hundreds of permanent homes.

Today, not one home has been built in Campeche. Many residents live in shacks made of rusty sheet metal, without access to drinkable water, electricity or basic sanitation. When it rains, their homes flood and residents bail out mud and water.

The Red Cross received an outpouring of donations after the quake, nearly half a billion dollars.

The group has publicly celebrated its work. But in fact, the Red Cross has repeatedly failed on the ground in Haiti. Confidential memos, emails from worried top officers, and accounts of a dozen frustrated and disappointed insiders show the charity has broken promises, squandered donations, and made dubious claims of success.

The Red Cross says it has provided homes to more than 130,000 people. But the actual number of permanent homes the group has built in all of Haiti: six.

After the earthquake, Red Cross CEO Gail McGovern unveiled ambitious plans to “develop brand-new communities.” None has ever been built.

Aid organizations from around the world have struggled after the earthquake in Haiti, the Western Hemisphere’s poorest country. But ProPublica and NPR’s investigation shows that many of the Red Cross’s failings in Haiti are of its own making. They are also part of a larger pattern in which the organization has botched delivery of aid after disasters such as Superstorm Sandy. Despite its difficulties, the Red Cross remains the charity of choice for ordinary Americans and corporations alike after natural disasters.

One issue that has hindered the Red Cross’ work in Haiti is an overreliance on foreigners who could not speak French or Creole, current and former employees say.

In a blistering 2011 memo, the then-director of the Haiti program, Judith St. Fort, wrote that the group was failing in Haiti and that senior managers had made “very disturbing” remarks disparaging Haitian employees. St. Fort, who is Haitian American, wrote that the comments included, “he is the only hard working one among them” and “the ones that we have hired are not strong so we probably should not pay close attention to Haitian CVs.” Read full