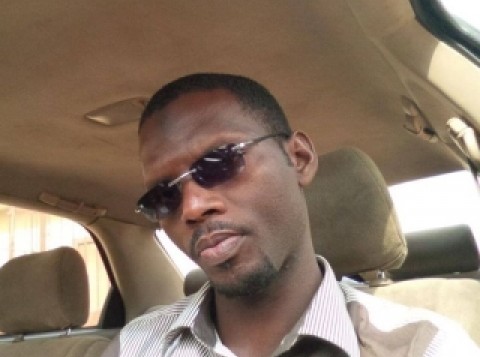 While Nigerians are still clamouring for the release or where about of a Nigerian, citizen Yusuf Siyaka Onimisi, known as Isiaka Yusuf with twitter handler @ciaxon who posted photos of the jail break by members of the Boko Haram sect as the SSS headquarters, report by an online media, Elombah.com says he may have been beaten to death.

According to the report, the Nigerian government and the Secret Security Service (SSS) are making attempts to kill a widespread outbreak of riot what may happened should the truth be known about what has befallen ciaxon.

This it said the government and the SSS according to multiple sources are doing, because Ciaxon may have been killed by the secret force for breaking the photo news on his twitter handle, from where every other media picked it from.

One of our sources revealed to us that Ciaxon almost lost his life in the gun duel on that day as he struggled to give water to the security officers who were dying of thirst. “Yusuf knows a lot of those SSS guys and when the battle began, he was the only one brave enough to go close to them and give them water. Maybe it was that process that he snapped the pictures which he posted”, said a source to our reporter.

We also gathered that some of the SSS men were in the know of the pictures, as some asked Ciaxon to transfer same to their phones which he did. Our foray into how he was arrested revealed a more shocking betrayal. A security source confided to us that the pictures embarrassed the force headquarter who demanded to know how Journalists knew that two members of the Boko Haram guys were shot despite surrendering, and the authority was told by some of Ciaxon friends in the SSS that he was responsible.

One source further noted that one of the SSS staff who was his friend was asked to call him on phone to come over to an undisclosed location which he did. There it was we gathered he was immediately pounced on, beaten and dragged on the floor, before he was taken to a nearby building. “The guy was almost beaten to coma in the building he was taken to, and despite his plea to some of them who knew him; they kept beating him from where he laid still and was left alone”, narrated a source to Elombah.com.

We gathered that the young Ciaxon was rushed to an undisclosed hospital, but may not have survived the brutal beating, hence the SSS and the presidency has kept sealed lips on the matter.

Ciaxon works with the PHCN substation in Abuja which is also close the SSS Headquarter and has worked a night before the incident happened. We gathered that efforts are currently being made by the security operatives to two away his Toyota Camry which is still parked in PHCN offices, so as to stop further enquiries and curiosity from the concerned public.