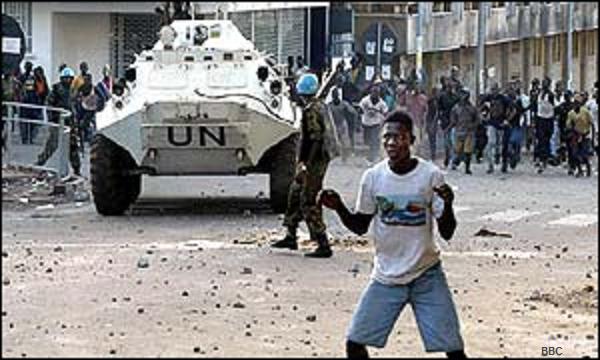 I don’t think you guys know what you are playing with. You can call each other names and laugh about it now but when you end up inciting hate here as I read through your posts here and a real civil war start in your country you will regret what you are doing now.

Your religious and political leaders are trying to divide you between religious lines and you are helping them do that rather than standing up and say we are all Nigerians never mind our tribe, region or religion. That’s the only stand that will save your blessed nation.

The foreign powers pushing the government to take certain decisions will abandon you when you start killing each other and reject you from running to their countries so be careful.

Our 11 years war in Sierra Leone was not even based on religious or tribal differences and see what we did to our country. The worst conflicts are those based on tribal and religious differences. See Central Africa, Bosnia.

My heart bleeds when I read what you guys are saying because I know what this will lead to. You will be the losers!

All of you, whether Christian, Muslim, Ibo, Yoruba or Hausa, stand as one and save your nation together because you have only one Nigeria that has the potential to lead Africa.

PLEASE HELP SAVE NIGERIA AND SHARE THIS TO AT LEAST TEN PEOPLE.