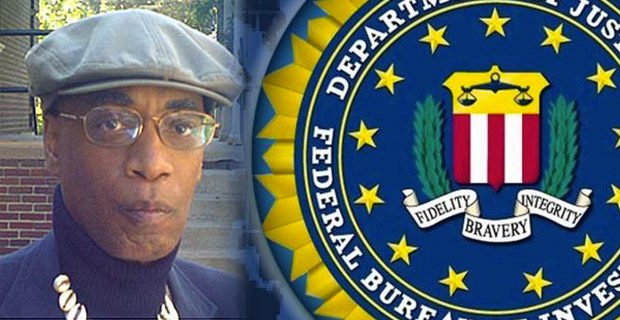 Former member of the original Black Panther Party Larry Pinkney recently spoke to Infowars about a Freedom Of Information Act request that reveals the FBI’s intent to “neutralize him.”

Pinkney explains how information contained within his own FBI files, retrieved via a FOIA request submitted by author William Mandel, revealed the agency targeted him due to his ability to rally people of different races.

“Pinkney is potentially dangerous due to his demonstrated ability to unify black and white,” the files state. “His associates are Negro, White and Chinese. Special attention is being given to neutralizing him. The areas of sex and drugs appear to be the most effective ones to utilize. His habits in these areas are unknown, but are being monitored with this objective.”

The FBI’s concern with Pinkney parallels with the agency’s treatment of civil rights leader Dr. Martin Luther King, whom one internal FBI memo referred to as “the most dangerous and effective Negro leader in the country.”
Unknown government entities also harassed King with letters seeking to discredit him, and at least one sought to persuade him to take his own life.

“After learning King would be the recipient of the 1964 Nobel Peace Prize, [FBI Director J. Edgar] Hoover took his fanatical obsession with obliterating King to the next level,” reports Huffington Post. “Agents sent the reverend an anonymous note, chastising him for his affairs and implying that he should commit suicide.”

The following excerpt appeared in one letter sent to Dr. King:

King, there is only one thing left for you to do. You know what it is. You have just 34 days in which to do it (this exact number has been selected for a specific reason, it has definite practical significance). You are done. There is but one way out for you. You better take it before your filthy, abnormal fraudulent self is bared to the nation.