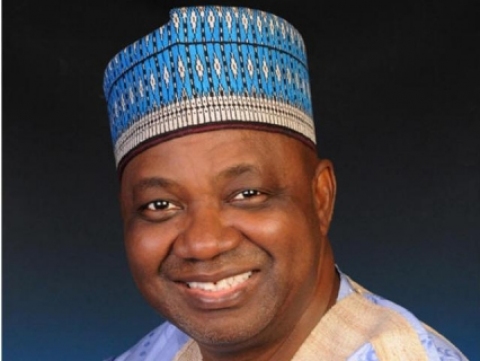 Vice President Namadi Sambo is spending a fortune to furnish and upgrade his official residence and guest house, two projects costing N2.1 billion and lingering since his election alongside President Goodluck Jonathan in 2011.

In three years leading up to 2013, the government has spent a minimum of N300 million annually to furnish and upgrade the vice president’s residence and guest house, according to past and present federal budgets.

The biggest spending -N900 million- for the upgrade and furnishing was done in 2011.

In 2012, the government spent additional N437.1 million for the “upgrading and furnishing” of the same guest house, and squandered additional N112 million solely on “household equipment” for Mr. Sambo’s residence.

The installation of Uninterrupted Power Supply (UPS) facilities at the residence, was completed at a whopping N202 million.

This year, the vice president’s Aguda guest house and his residence were furnished at a relatively modest N75.7 million, while landscaping at the residence alone was done at N26 million.

A new guest house for Mr. Sambo, at Yakubu Gowon crescent, Asokoro, was also given N170.7 million worth of furniture.

It could not be immediately confirmed how much of the proposed works have been implemented after spending more than N2 billion, an amount enough to furnish at least 200 primary schools where pupils attend classes under tree shades and sit on bare floors.

Such school furnishings are estimated at an average N10 million per school in the federal budgets.

Used differently, the amount can provide water in at least 200 Nigerian communities, based on the same budgetary estimates of N10 million community water scheme.

Despite the huge funding already, the government has made new allocations for the project for 2014, with the likelihood of even more spending for the vice president’s furniture and upgrading coming in 2015.

If the National Assembly approves a new budget proposal submitted by President Jonathan, as it likely would since previous furniture allocations for Mr. Sambo were not blocked, then the government will spend an extra N123 million on Mr. Sambo’s new guest house at Yakubu Gowon crescent.

Taxpayers will also buy kitchen utensils worth N8 million for the vice president.

The total N2.1 billion for furnishing and upgrading is far ahead of government’s allocation for some key road projects within the same period.

The obscene allocations for Mr. Sambo’s home and guest houses follows a trend that has seen the government repeatedly channel more funds for the convenience of public office holders while key projects suffer.

While the government claims it was cutting the cost of governance to address dwindling revenues and mounting developmental needs, it has for years continued to direct scarce funds for the luxury of its officials, providing them with exotic cars, homes, and other perks while more than half of Nigerians live on less than a dollar per day.

The presidency is one of the biggest beneficiaries of that anomaly.

In 2012, the presidency budgeted N1 billion for feeding, and half a billion naira for cars for President Jonathan and Vice President Sambo.

Mr. Sambo’s office has become notorious for some of the administration’s most outlandish spending. The cars the vice president was to receive would have been his second set in two years, having already spent N323 million on cars in 2011.

Also in 2012, the Federal Capital Territory Administration raised an already outrageous N7 billion for the construction of a home for the vice president by adding extra N9 billion to make it N16 billion.

The furnishing and upgrading for the vice president was also listed in 2010, but under relatively modest subheads. The extension of the VP lounge, proposed for N207 million in 2012, was N30 million in 2010.