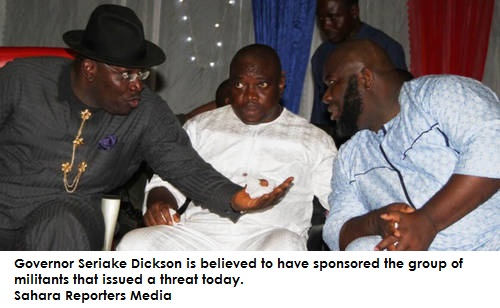 There is heightened political tension in Bayelsa State following a bomb attack on the home of an ex-Niger Delta militant leader, Eris Paul, popularly known as Ogunboss.

Security agents and eyewitnesses told a correspondent of SaharaReporters that Ogunboss’s home in the Etegwe area of Bayelsa State yesterday came under attack by unidentified gunmen who used an improvised explosive device (IED).

Our sources said the attack happened close to 11 p.m. on Thursday. “We heard a big explosion and everything just shook,” a resident close to Ogunboss disclosed.

Our sources said the ex-militant was at home at the time of the attack, and was hosting a few ex-militants. Our correspondent, who saw the house after the attack, said there was some extensive damage, especially in the swimming pool area.

One security operative told SaharaReporters that, following the explosive, the police swiftly cordoned off the area to vehicular traffic.

An associate of Mr. Ogunboss said they saw the assailants and briefly gave chase on foot. “They escaped on a tricycle when we chased them,” said the source.

A few days ago, Mr. Ogunboss and other ex-militants staged a major demonstration against Governor Seriake Dickson of Bayelsa, accusing him of seeking to pocket a portion of a multi-billion-naira pipeline surveillance contract provided by the Nigerian National Petroleum Corporation (NNPC) for the benefit of residents of oil-bearing communities in the Niger Delta.

Mr. Ogunboss confirmed the attack on his home, claiming that the bombing was linked to his stance against the state government’s plan to seize the pipeline surveillance contract. He added that there was an assassination attempt a few days ago on one of his close associates and that he had seen some suspicious people hovering near his home the night of the attack.

According to him, the suspicious vagrants were armed with AK-47 guns and wore masks.