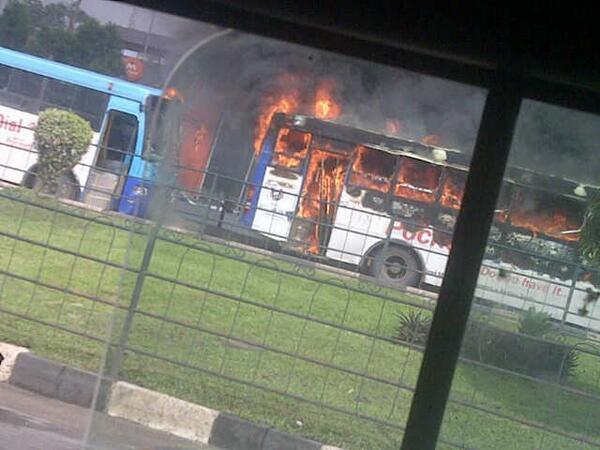 The members of the Nigerian army have gone totally berserk, engaging in mass burning of Lagos state transport buses across the state after the alleged accidental knocking down of one of their colleagues.

In the utterly incomprehensible carnage exhibited by the army, over half a dozen buses have been sacked of occupants and set on fire across the metropolis, leading to untold risk to life, reckless obstruction of public road ways and damage worth millions.

As people passed by the soldiers, they were waned by the men of the Nigerian army to raise up their hands so they will not be able to take pictures of the atrocities being committed.

The Chief of defense staff is yet to publicly react to the actions of the army and nor is the president as the army continues the barbarism and attack against the safety of the public, months and years after they failed to rescue hundreds of abducted Nigerians from Boko Haram terrorists in the north east and are unable to combat the group of rag-tag bandits. 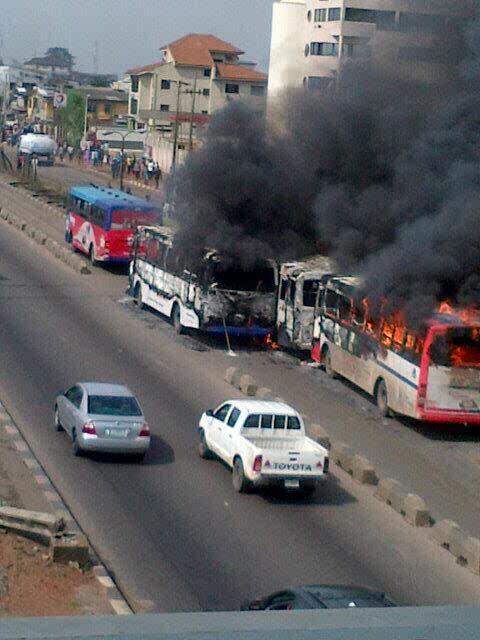 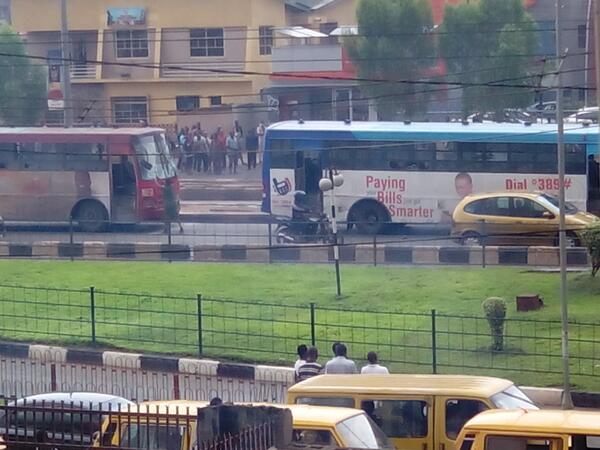 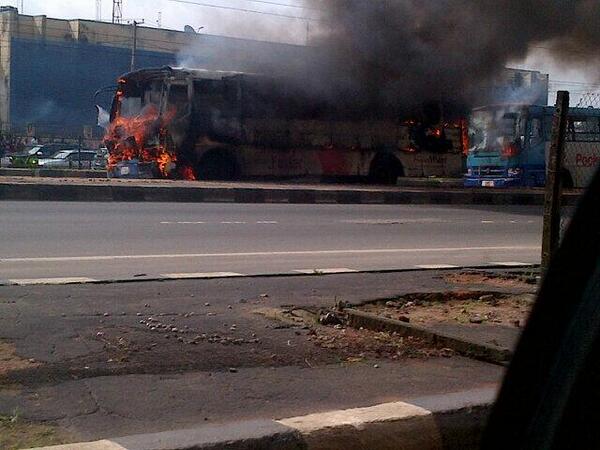 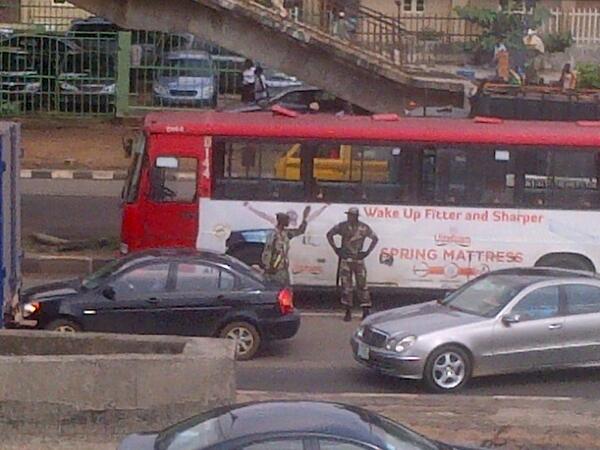 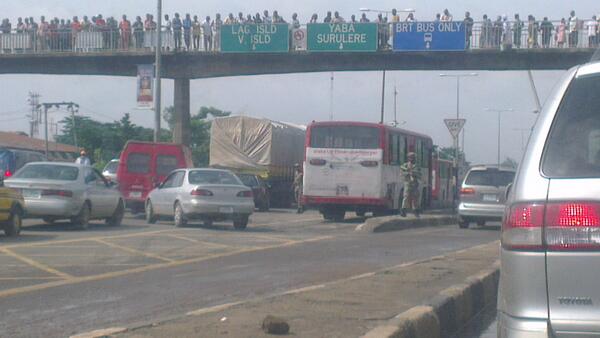