Islamist militants Boko Haram have vowed to disrupt Nigeria’s March 28 elections at any cost in a newly released video.

It comes as fears grow that Nigeria is becoming increasingly unstable ahead of its already delayed general election. That was pushed back from February to allow the army more time to deal with the insurgency in the north-east.

In neighbouring Niger up to 35,000 people marched in support of the country’s military following a series of attacks.

Cameroon, Chad, Benin, Niger, and other African Union leaders have pledged to support Nigeria in the fight against Boko Haram.

The group which has caused havoc in Africa’s most populous country through a wave of bombings, assassinations and abductions, is fighting to overthrow the government and create an Islamic state. 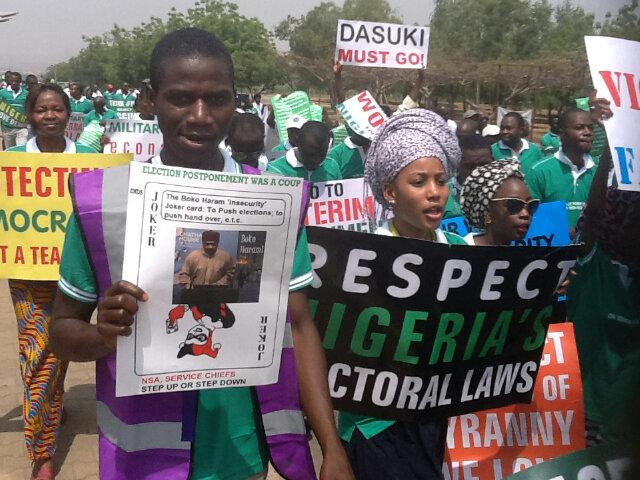