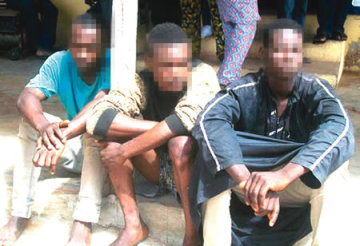 The police in Kwara State have nabbed three members of an eight-man gang that raped a 15-year-old girl in Ilorin, Kwara State Capital.

The names of the arrested members are Kadir Rafiu, Sikiru Jimoh, and Mustapha Nasiru.

According to The Nation newspaper, Commissioner of Police, Salihu Garba said his men were on the trail of other suspects.