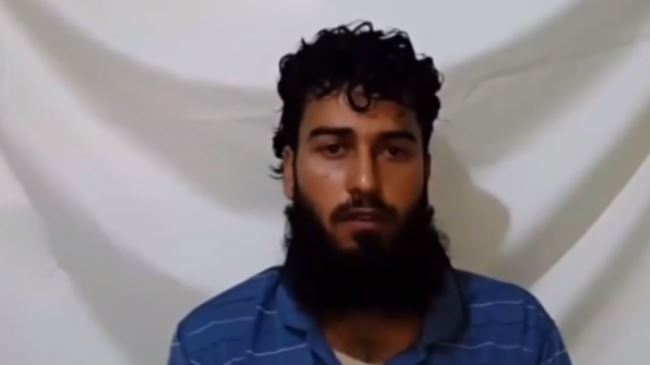 A militant commander operating in Syria has said in a newly-released video that he was in league with the Israeli regime in exchange for military and medical support.

In a video uploaded to YouTube earlier this week, Sharif As-Safouri, a commander of the so-called Free Syrian Army, confessed to having entered Israel five times to meet with Israeli military officials who later supplied him with anti-tank weapons and light arms, the Times of Israel reported on Wednesday.

The video was uploaded by the terrorists from the al-Qaeda-affiliated al-Nusra Front who had kidnapped Safouri in Quneitra, southern Syria, near the Israeli-occupied Golan Heights on July 22.

“The [opposition] factions would receive support and send the injured in [to Israel] on condition that the Israeli fence area is secured. No person was allowed to come near the fence without prior coordination with Israel authorities,” he said in the video.

Safouri further said that he had been given an Israeli cellular phone during his first meeting with an Israeli officer named Ashraf.

Following the meetings, the Tel Aviv regime began providing Safouri and his fellow militants with “basic medical support and clothes” as well as weapons, including 10 RPG launchers with 47 rockets and 48,000 5.56-millimeter bullets.

The Israeli regime has been among the major supporters of the Takfiri terrorist groups operating against the Syrian government since March 2011.

In April, Kamal al-Labwani, a leader of the so-called Syrian National Coalition (SNC), said that a coalition with Tel Aviv is the only way to oust the Syrian government, adding that the overthrow of President Bashar al-Assad is among Israel’s main interests in Syria.