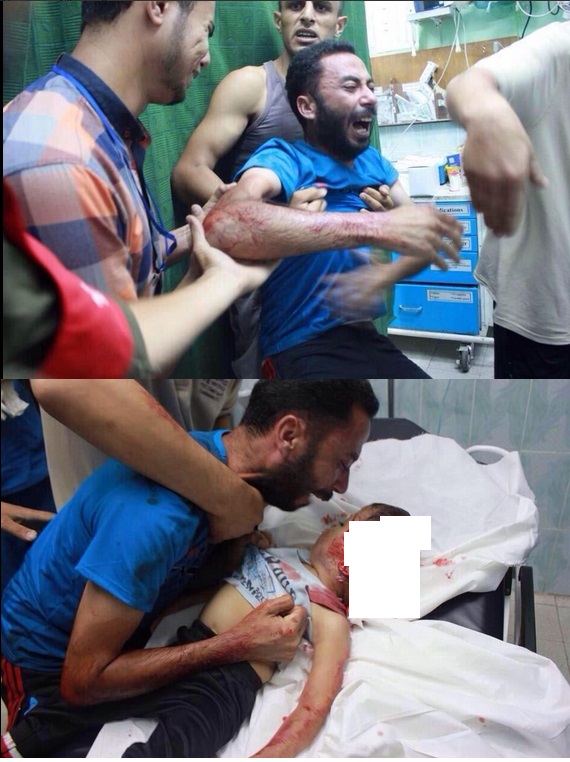 In southeastern Israel, a rocket from Gaza crashed into Negev early Saturday, killing an Israeli, the Israel Defense Forces reported.

The rocket wounded four others, a hospital spokesman says. One of them is a 3-month-old; its wounds are severe.

Two Israelis have been killed by apparent Hamas rockets in the past week’s warfare.

In Gaza, the al-Qassam Brigades announced that it sent an attack squad to Eshkol, just on the other side of the border. The IDF has the entire district, or regional council, under military lockdown to avoid Israeli civilian deaths.

But next to Eshkol’s Kibbutz Beeri, a militant squad popped up out of tunnel to carry out an attack. They quickly crossed paths with an IDF patrol, and a firefight erupted, the IDF says. It wasn’t immediately clear whether the clash was related to another reported infiltration.

A Palestinian militant was killed and four Israeli soldiers injured. The IDF pushed the rest of the attackers back into Gaza, where the air force pursued them farther.

Then, sirens howled an incoming rocket warning over Eshkol. The two missiles fell into open areas.

Warnings also sounded Saturday about missiles over the Israeli cities of Ashkelon, Rishon Letzion, Rehovot and Beer Sheva. The rocket aimed at Beer Sheva exploded in an unpopulated area.

Since Operation Protective Edge began, militants in Gaza have launched 1,770 rockets, the IDF said in a statement Saturday. The Israeli rocket defense system Iron Dome has intercepted 360 of them.

The IDF has struck “2,300 terror targets” in Gaza, the statement said. In its recently launched ground operations, the IDF targeted 95 rocket-launching sites and found 13 tunnels with a network of at least 34 shafts.

Hamas-run Al-Aqsa TV reported Friday that Israel had sent text messages to many Palestinians telling them of safe corridors to reach central Gaza.

Before the land incursion, the IDF dropped leaflets in 14 areas of Gaza, urging residents to temporarily leave their homes. But many have nowhere to go in the small, impoverished strip of land. Border crossings with Israel and Egypt are closed.

“The IDF is a moral military without peer; it does not aspire to harm any innocent person,” Israeli Prime Minister Benjamin Netanyahu said before a special Cabinet meeting Friday. “We are operating only against terrorist targets, and we regret any inadvertent civilian casualties. It is the terrorist organizations — which attack our cities and our civilians and use their civilians as human shields — that bear the responsibility for casualties among noncombatants.”

The new warfare in Gaza, however, has displaced more than 61,479 Palestinians, a figure harkening to the peak number from Israel’s Operation Cast Lead in Gaza in 2008-09. It killed 1,166 Palestinians, including 709 Hamas operatives, according to the United Nations.

Health ministry: 72 of the dead in Gaza are children

The flash of assorted ordnance illuminated Gaza’s night sky on Friday as Israeli forces and Hamas militants clashed throughout the 27-mile-long Palestinian territory.

With fighting reported all along the coastal enclave, casualties poured into Gaza City’s Shifaa Hospital, including children, after Israeli artillery shelled east of the city, physicians told Al-Aqsa TV.

Children are 72 of the dead, said Gaza health ministry spokesman Dr. Ashraf al-Qedra. About 2,560 people in Gaza have been injured in the fighting. 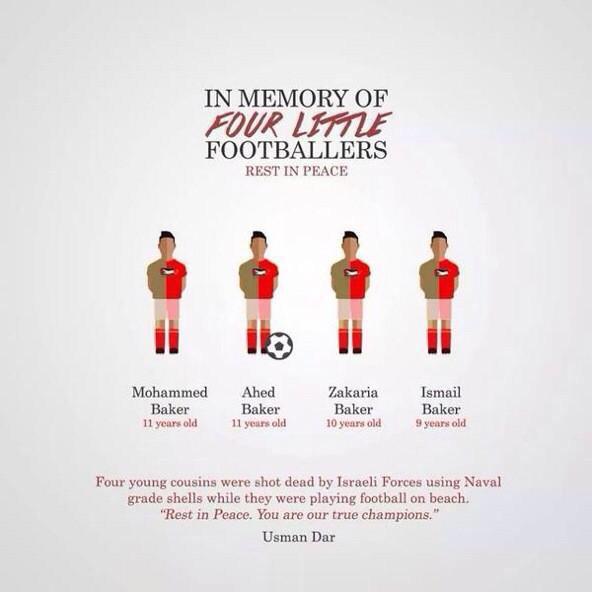 Hospitals say they are running out of emergency medical supplies.

It’s the region where al-Madhoun lives, which borders on two sides with Israel. He can hear automatic gunfire in the distance.

Netanyahu has warned that Israeli ground troops are prepared to expand an offensive against Hamas militants after Hamas rejected an Egyptian-backed cease-fire proposal.

Hamas leaders complained that they had not been consulted on the deal. They wanted Israel to free Palestinian prisoners and to ease a border blockade that has been in effect for much of the past seven years on Gaza.

“Look, we have some demands,” senior Hamas spokesman Ghazi Hamad said. “They should listen to us. We are not against this cease-fire. We want to live. We want to be also in a good situation.”

No water, some food

In Beit Lahya, Al-Madhoun can’t get to his well to get water. His pumps are electric, and Friday’s fighting knocked out power. It surges back for a few moments at a time, but it’s hardly reliable.

He has to wait for rations.

“The water from the municipality is going to be distributed to us for two hours in a 24-hour cycle,” he said.

If there is a break in the shelling, he can go south to Jabalya, where it’s less dangerous, to stock up on food. He goes every two or three days.

“We don’t know when that will run out,” he said.