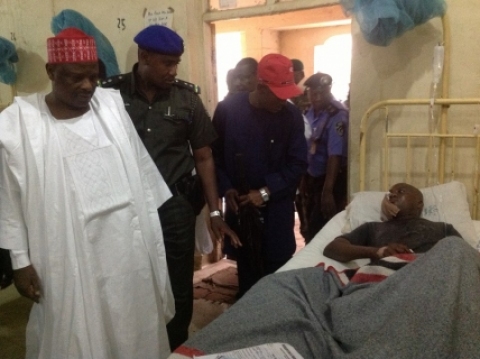 “We have had some explosions in Sabon Gari [neighbourhood] this evening,” Kano state Police Commissioner Musa Daura confirmed on Monday night.

A mortuary attendant at Murtala Mohammed Specialists Hospital said at least 10 bodies had been brought in from the scene. He spoke on condition of anonymity because he was not authorised to speak to the media.

Witness Kolade Ade said at least one blast appeared to come from a Mercedes Benz car parked beside a kiosk selling alcohol and soft drinks.

“After the first bomb, I threw myself into the canal [drain] to hide. There were at least three blasts,” he said.

The bombs came as hundreds of people thronged the area in Sabon Gari neighborhood where some were playing snooker and others table tennis.

“There is confusion all over the place. There were four huge explosions, so huge that they shook the whole area. Everywhere is enveloped in smoke and dust,” said Chinyere Madu, a fruit vendor.

The blasts were said to have targetted Enugu street in Sabon Gari, a strip filled with outdoor bars and eateries.

The explosions raised fears among the city’s mainly Muslim population, who usually go out for midnight prayers during this holy season of Ramadan. –AlJazeera

The governor described the bombings as an “attack against Nigeria,” and called on the people of the state to continue to be vigilant and to avail the government and security agencies of valuable information in the fight against terrorism.

Kwankwaso, who was on his way to Sokoto, arrived at the scene during heavy rain.  He also visited hospitals where those injured in the blasts are recuperating.