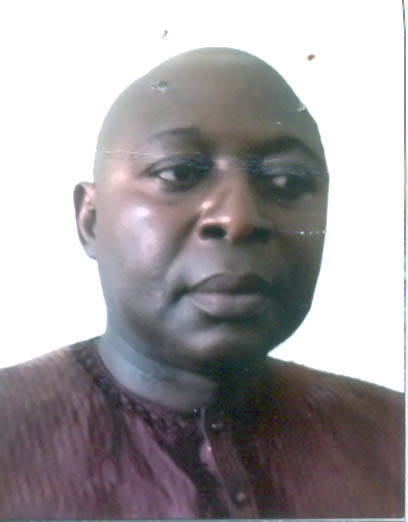 The Economic and Financial Crimes Commission, EFCC, on Tuesday, July 14, 2015 arraigned Oladimeji Mohammed Edun, a former member, Kwara State House of Assembly, alongside his company, Zarab Ventures Limited, before Justice Mahmud Abdulgafar of the High Court of Kwara State sitting in Ilorin on a 3-count charge bordering on criminal diversion of funds.

Edun, allegedly secured a contract for his company, Zarab Ventures Limited, for drilling of 43 motorized boreholes across different locations in the State under the Millennium Development Goals – Conditional Grant Scheme, project to the tune of N82.5m (eighty-two million, five hundred thousand naira) between 2008 and 2009, but abandoned the projects after collecting 90 percent of the contract sum.

Count three of the charge reads:
“That you, Oladimeji Moh Edun(being managing director/chief executive officer and sole signatory of Zarab Ventures Limited) and Zarab Ventures Limited on or about May 21, 2009 in Ilorin within the Ilorin Judicial Division of the High Court of Kwara State while in such capacity did dishonestly misappropriate the sum of N7,000,000.00 (seven million naira) which was part of the money entrusted to you by the Kwara State MDG’S- CGS for the construction of boreholes in some Local Government Areas and you thereby committed an offence contrary to Section 308 of the Penal Code and punishable under Section 309 of the same Act.”

The accused pleaded not guilty to the charge when it was read to him.

Upon his plea, counsel to EFCC, Abdallah Faruk urged the court to fix a date for him to present his witnesses.

However, counsel to the accused, Salman Jawondo prayed the court t admit the accused person to bail.

” We humbly urged your Lordship to admit the accused person to bail. He is a responsible citizen; a former honourable member of the Kwara State of Assembly. As a former legislator, he will not do anything to frustrate his trial”, Jawondo pleaded.

Faruk raised no objection, but urged the court for stiff bail conditions considering the nature of the offence committed by the accused person.

Justice Abdulgafar admitted the accused person to bail in the sum of N5m (five million naira) and two sureties, one of whom must be a statutory owner of a parcel of land within Ilorin township.

The case has been adjourned to October 6, 2015 for hearing.