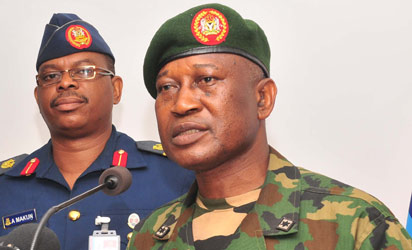 The Nigerian Army has denied claims that its soldiers were responsible for damaging and burning Lagos public commuter buses along Ikorodu road last Friday.

The Army also denied that the Lance Corporal killed by a BRT bus was riding a motorcycle in the designated lane meant for the Bus but claimed that he was in the normal lane meant for motorists. 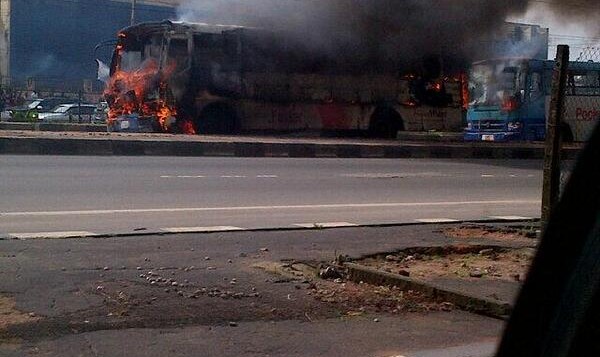 Deputy Director, Army Public Relations, Lieutenant Colonel Omale Ochagwuba, said “On July 4, a Lance Corporal of Nigerian Army, who was on his way to the office on Ikorodu Road around Obanikoro area between 6:30 and 6:45am, was knocked down and killed by a BRT bus with number plate KSF 995 XJ.

“It is pertinent to state here that the late soldier was riding a power bike approved by the state government and he was neither riding inside a BRT lane nor was the BRT bus that killed him driving inside the BRT lane.

“The innocent law-abiding soldier was killed on the normal lane being plied by everybody as against what is being alleged by some sections of the media. The soldier was hit from the rear and killed instantly.

“As stated earlier in our release, the mayhem visited on the BRT buses was the handiwork of hoodlums who seized the opportunity of the tragic situation to vent their anger on the buses for reasons best known to them.
“We know the peculiar nature of Lagos where miscreants always take advantage of situations like this to cause havoc.

“In a situation like this, people are bound to wrongfully accuse soldiers because they were seen around the offending bus which was not even attacked. With careful analysis of the incident, one will observe that the BRT buses vandalised were far removed from the scene of the accident. 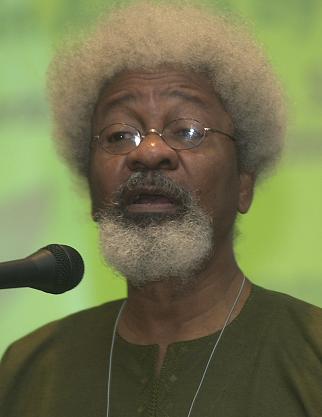 “It is pertinent to once more remind the good people of Lagos that the BRT bus in question that killed the soldier and triggered the tragic consequences was neither vandalised nor burnt.

“It was same soldiers who are being wrongfully accused of burning buses and causing mayhem, which is not true, that secured the BRT bus and protected it from hoodlums before it was later towed into the barracks for safety and also prevented the hoodlums from causing further mayhem on the road and cleared the route for traffic to flow.

“We have pictures of the bus at the scene of the accident and while it was being towed away to safety. The bus in question has since been released to the BRT management.

“The question begging for answer now is: why is the bus itself that killed the soldier which was already in soldiers hands not vandalised or burnt? Is it not logical that, it should have been the first target of their anger as alleged?

“These are hard times for Nigerians and all hands should be on the deck to bring peace to the country rather than inflame passion. The Lagos State Government, which is supposed to be the most aggrieved party, did not jump into conclusions. The Lagos State Government said they are investigating. That is a matured way of handling situation rather than reacting on public opinion.”

The Army also called on Nobel Laureate, Wole Soyinka to weigh the consequences of his statement before making them.

“In a situation where a respected elder statesman will stand up in a public function and based on hear-say call a respected professional organisation like the Nigerian Army which is one of the major pillars of democracy and fighting to keep the country together as mad, is unfortunate and unbecoming.

“In less than a week, he has made two careless offensive statements. At times, he seems to speak before weighing the consequences of his statement.

“The Nigerian Army is a professional force which is law-abiding like any other citizen. The military is a highly disciplined organisation which also takes necessary steps to see that its erring members are brought to book at any time the need arises to enforce discipline.”