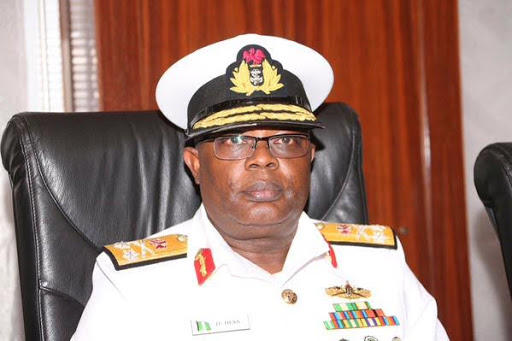 The Flag Officer Commanding (FOC), Central Naval Command, Rear Admiral Stanley Ogoigbe, yesterday, described as unfounded the alleged killing of members of the Movement of the Actualisation of the Sovereign State of Biafra (MASSOB) by operatives of the command in Anambra State.

The command, with headquarters in Yenagoa, Bayelsa State, is in charge of Anambra, Kogi, Edo, Delta and Bayelsa states.

Ogoigbe, who spoke to newsmen at the command’s headquarters, said it became necessary for him to personally clear the air on the rumoured killing of the MASSOB  members which he described as baseless.

Reports had alleged a violent clash between members of  the  pro-Biafra group and  navy personnel in Onitsha, Anambra State, where some members of the group were allegedly killed.

But the FOC dismissed the claim insisting that the navy personnel only shot into the air to scare a large number of MASSOB members who were on a protest march towards the Onitsha head bridge as the protesting youths had already overrun the police  on duty and did not injure, let alone, killing a soul.

His words, “No such act was ever committed. The MASOB group was on a protest march. They overran the policemen  on duty and were coming towards the navy personnel. As they approached, the navy fired warning shots into the air to scare them away and they all dashed away. Nobody died in the process.

“To our surprise, MASSOB started claiming that the navy has killed two of their men. I don’t know what they wish to achieve with this propaganda, fabricating stories against the navy.

“We just want all well meaning Nigerians to know that no MASSOB member was killed in that area of Anambra State where the navy was keeping peace and carrying out their legitimate duties”.

Also speaking, the Commanding Officer, Naval Outpost, Onitsha, where the incident happened, Navy Capt. Dika Kwabe, said there was no iota of truth in the claim by MASSOB that her members were killed by the navy.