A picture has emerged that informants are swearing is Boko Haram leader, Abubakar Shekau or a usable double, strolling in Aso Rock; the seat of the Nigerian government in the Abuja capital.

The picture is not clear enough for NewsRescue forensic analysis, but we have provided it below and request the government clarifies the identity of the man in it and his mission or role in Aso rock.

A late Special Assistant to the Vice president of Nigeria, Namadi Sambo, Isaiah Balat who died in February of 2014 was rumored to have seen the same Abubakar Shekau in Aso Rock at the time. His death was said to have possibly been poisoning for his discovery.

NewsRescue has received classified reports that Abubakar Shekau or his current publicity double is in the custody of the Nigerian government who are waiting for the right time and for his satisfactory sucessful programming for his video to be released with statements tailored to help the ruling party’s political fate.

The opposition APC party has meanwhile warned Nigerians to expect the presidency to unleash a fake Shekau any moment before the elections next week. 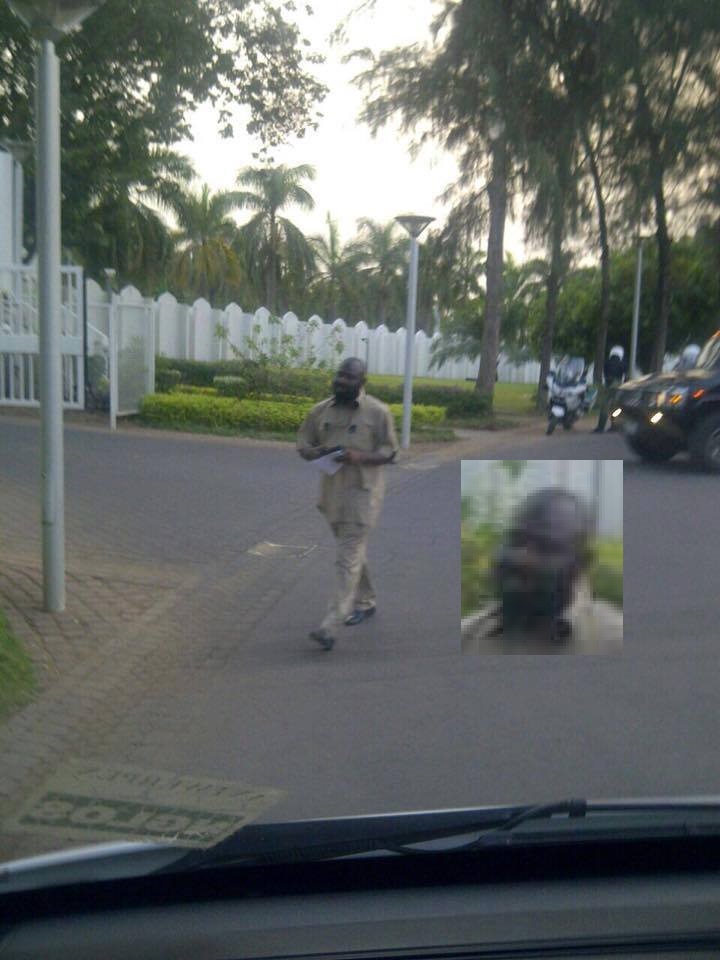 Earlier image of unusual bearded soldier character near Jonathan in Baga, from our earlier post 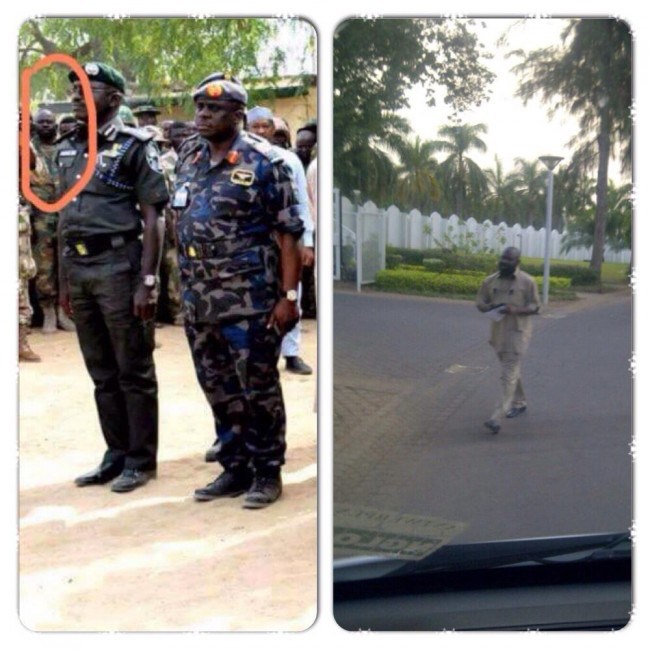