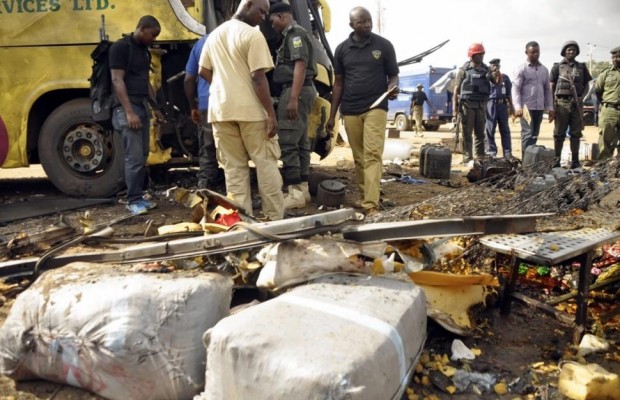 The recent attack and capture of Gwoza by Boko Haram insurgents has forced no less than 11,442 persons displaced.

The victims are now in camps established in Adamawa State, the National Emergency Management Agency (NEMA) revealed on Thursday.

The North-East zonal information officer of the agency, Mallam AbdulKadir Ibrahim in a press statement said that as at Thursday, there were 6566 persons registered in Madagali and 4876 in Mubi.

Ibrahim further said the agency had moved relief materials to the camps.

He said: “Not withstanding the recent attack on the mobile training school, which is less than 20 kilometres away from Madagali town, officials of NEMA, North-East Zonal office led by the Zonal Coordinator Alhaji Muhammed Kanar, were in Central Primary School in Madagali town, Madagali local government area of Adamawa State to deliver relief items provided by NEMA to victims displaced by insurgents in Gwoza Local government area of Borno State”.

Ibrahim said: “The distribution will continue tomorrow (Friday) in Mubi, where 4876 IDPs from Gwoza have been registered at Lamorde Primary and Day Secondary School IDPs camp, where needed assessment was conducted in preparation for tomorrow’s exercise”.

He said the North-East zonal coordinator was expected to participate in the handing over of relief items provided by the wife of the President, Dame Patience Jonathan, on behalf of the DG NEMA, Alhaji Muhammad Sani Sidi in Mubi.

He said other areas where the relief operation was expected to be delivered include Askira Uba and Lassa where IDPs had also been identified by the agency.