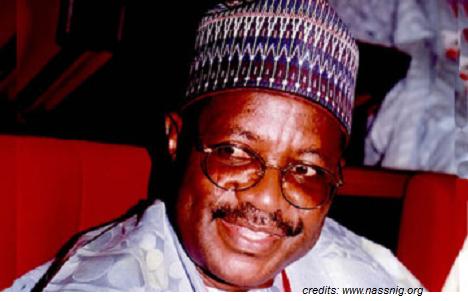 NewsRescue– AFTERMATH of last Saturday’s bye election to the State House of Assembly in Ringim, former Jigawa state gubernatorial candidate under the banner of the proscribed (CPC) Hon. Farouk Adamu Aliyu during 2003-2007 gubernatorial elections on behalf of his party the APC has filed a criminal complaint against the actions of Senator Danladi Sankara over the role he played in the last Ringim bye-election to the state House of Assembly.

Addressing a press a conference, Aliyu who spoke in his capacity as Supervisor representing the APC at Sankara ward during the bye-elections, stated that “Senator Danladi Sankara openly threatened to use violence, actions which he actualized through the use of thugs he hired during the elections.

Aliyu who is also the Jigawa state (APC) Chieftain defended his complaint with copies of audio and video remarks uttered by the said Danladi Sankara, saying “I did not give you the details of the criminal utterances in form of threat to life and breach of the peace by Senator Sankara, as these are contained in with the audio and video attached to this criminal complaint. I feel doing otherwise will amount to giving hearsay testimony.”

Parts of the complaint reads “I feel it is not out of place, if I request your good offices in ensuring that Senator Danladi Sankara (and whoever is involved) is tried according to the laws of our land. I have never for once believed in the notion that anybody can be above the law.”

Narrating his ordeals in his capacity as APC Supervisor in-charge of Sankara ward, Hon Aliyu said “I was brutally attacked by Senator Danladi Sankara in company of over 100 thugs armed with machetes, sticks, knives among other dangerous weapons.”

According to him, during the unfortunate incident, my driver was seriously beaten by Senator Sankara’s thugs on his instructions and in his presence. In addition, one of my cars was severely hit and stabbed by the same people, one of my vehicles smashed, as well two parked vehicles in front of the house of APC candidate to the bye-elections, Hon. Aminu Sule Sankara, damaged, among other atrocities, he said.

No fewer than three people of opposition party, the APC were seriously wounded by the PDP thugs in election violence that erupted in Sankara ward, alongside with their three vehicles smashed, and fifty two thugs were arrested by the police during the last Saturday’s Ringim bye- elections.
The Jigawa state Deputy Commissioner of Police, Alh. Kabiru Mohammed Kabiru confirmed to the journalists in Ringim, saying the unfortunate incidence occurred in Sankara  ward, describing the situation as uncalled for, assuring that the matter is now under control, while the arrested thugs were taken to Dutse for further interrogations.

Meanwhile due to the encounter with the alleged hired thus, residents in Sankara ward in Ringim council of Jigawa state have vowed not to participate in elections any longer.

Speaking on-behalf of the residents, Mal. Sani Sankara said “honestly what we saw hasn’t been different to what has occurred in the last 2011 elections where Senator Sankara disrupted elections to smuggle his way to the senate; since then, there wasn’t a time he won any given election he has been declared in.”