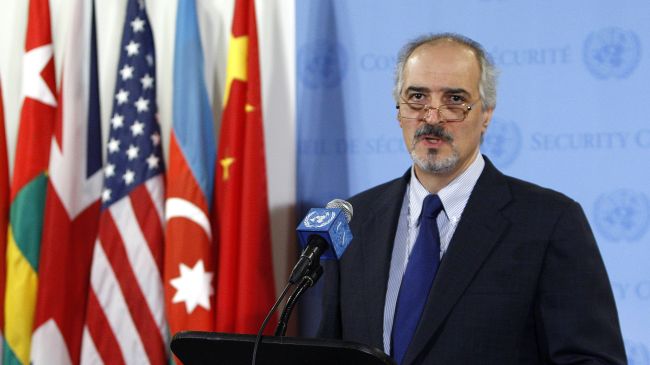 Syria has called on the United Nations to investigate a leaked file containing discussions by top Turkish authorities on how to fabricate an attack in order to justify a military operation against Damascus.

“I’d like to refer once again to this audio tape leak by the Turkish foreign minister and the deputy chief of staff of the Turkish army,” Syrian Ambassador to the UN Bashar al-Jaafari said on Friday, adding that the Turkish officials talked about  the attack by “sending a terrorist group inside the Syrian territory.”

“And then this group is supposed to launch eight missiles within the Turkish territory and it would be a justification for further Turkish aggression against Syria,” the Syrian envoy stated.

He also denounced some members of the UN Security Council and its secretariat for refusing to hear the truth about the situation in Syria, saying those countries themselves are “deeply involved” in “spreading terrorism” across the Arab country.

Ankara reacted to the anonymous posting by blocking users’ access to YouTube throughout Turkey, saying the leaking of the controversial recording had created “a national security issue”.