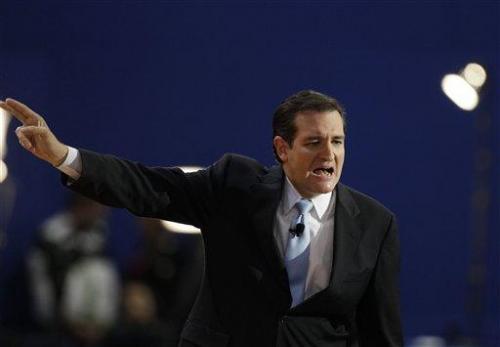 The office of Ted Cruz has issued a statement from the Senator apologizing saying no offense was intended by the remark.
The full statement reads:

It’s unfortunate that we’re living in a time where just about every joke can be misconstrued to cause offense to someone.

To the good people of Nigeria — a beautiful nation where my wife lived briefly as the child of missionaries — no offense was intended.

I am fully appreciative of the range of mutual economic and security interests that make Nigeria an important friend to the United States.

And even to those few unscrupulous email scammers who were the subject of the joke, I apologize to you for the unfair comparison to the utterly dysfunctional Obamacare website.

This apology comes after the Nigerian ambassador to the United States, Ade Adefuye, demanded an apology from Cruz for disappointing and offending Nigerians, and disparaging a country for political points.

The Nigerian ambassador said he understood Cruz’s attempt to rile up his support base, but was surprised when Cruz did not deny what he said.

“To allow him to ridicule a country and its citizens is completely over the top,” Adefuye said. “He should not denigrate Nigerians in order to appease these domestic constituents.”

RE: NIGERIAN EMAIL SCAMMERS AND OBAMACARE
You are no doubt aware of the reaction of Nigerians and friends of Nigeria to a statement credited to your good self on the above.
Our immediate reaction at the Embassy is to assume that you were wrongly quoted and that the statement would be denied. We are however surprised that this has not happened. We have no choice than to assume that the statement was deliberately made by you.
For a start we are shocked that a high profile Senator of a country which is at the forefront in building a peaceful and stable world in which nations and peoples treat each other with mutual respect could be engaged in an act which offends the sensitivities of an important component of his constituency.
Distinguished Senator I am sure you are sufficiently familiar with the constructive contributions which Nigerians have made to economic, social and political lives of Texas especially in the Houston area. Every country has its own share of law breakers. To use the activities of  few as an opportunity to cast aspersions on the integrity of a country and its people is not only unfair but also excessively offensive. You yourself made the point that the so-called email scammers have disappeared from the scene. But it is not because they were recruited to work on Obamacare. It is because of the successful efforts of our government working through the Embassy and the international law enforcing agents to curb the activities of these few law breakers.
It is not the practice of any Nigerian diplomatic mission to interfere in the domestic affairs of our host countries. But we will not sit back, fold our arms while a politician assaults the integrity of our country and people in the process of appeasing the base instincts of a few misguided elements in his constituency. Distinguished Senator the least we can say is that Nigerians feel offended by you. They demand an apology.
Professor Ade Adefuye
Ambassador, Head of Mission
Embassy of Nigeria
Washington DC
-NVS