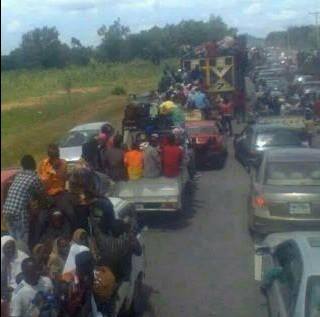 Following the continuous attacks in the North-East by Boko Haram insurgents, over 700 former residents of Adamawa, Borno and Yobe states, comprising 132 families are at the Internally Displaced Persons’ (IDPs) camps in Jos, the Plateau State capital.

Most of those at the Jos camps were from Gwoza, Mubi, Uba, Michika and Yola. The displaced families left their home towns after it had been taken by the dreaded Boko Haram sect and declared Islamic territories.

Mark Lipdo, the Programme Coordinator of a Jos-based non-governmental foundation (NGO), Stefanos Foundation, said many of the IDPs had to escape from their farms without the privilege of returning home when they learnt that their towns had been taken over by insurgents.

His words: “A few women gave birth in the bush while looking for ways to escape the horror. A lot of them are beginning to ask if government still regards them as Nigerians, especially as the Federal Government is quick to respond to conflicts in other countries but is seemingly unable to curb the insurgency in few states within the domain.”