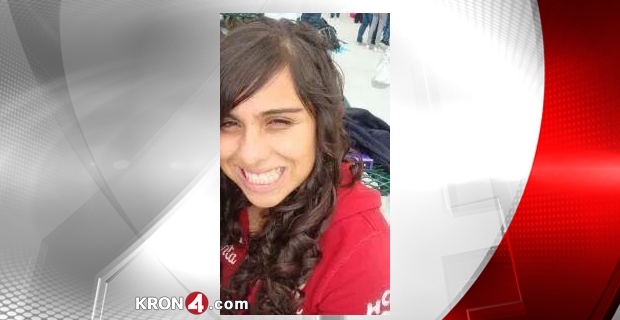 A family in California has been left reeling after their special needs daughter was shot dead by police following a 911 call for emergency medical assistance.

The San Mateo County sheriff’s department says that 18-year-old Yanira Serrano, who suffered from depression, was fatally shot Tuesday in Half Moon Bay after she lunged at a deputy with a knife.

The Sheriff’s department claims that they received a call regarding a violent armed woman in the street and were responding accordingly.

“There was a confrontation where the deputy was in fear for his life and as a result he fired his weapon.” Deputy Rebecca Rosenblatt told local news station KNTV, adding that the incident occurred within 20 seconds of arriving to the scene.

“We have deputies that were responding to the scene with the information that somebody was acting in a psychotic nature armed with a knife and won’t put it down even for her own family,” Rosenblatt added.

However, the girl’s brother, Tiny Serrano, told reporters that it was the family who called 911 requesting paramedics because his sister had not taken her medication.

“Instead they decided to send a deputy to the house,” he said.

The brother noted that Serrano would have never posed a threat to a law enformcement officer, and was only carrying a knife out of fear when she fled her home.

A ktvu report notes that neighbors suggested to reporters that Serrano was shot in the back by the deputy. The Sheriff’s department denies the allegation, but would not say where the teen was shot. They are also unaware whether or not the deputy ordered Serrano to drop the knife.

A cousin, Saul Miramontes, told KTVU that the family is devastated.

“I just feel kind of sad. I feel mad. I don’t know why an officer would come and do that and try to kill my cousin,” said Miramontes. “My cousin didn’t do nothing. For sure they could have Tasered her. They could have at least done something better.”

“She has special needs and we just want answers,” the girl’s brother urged. “Who are we supposed to call now when we need help when who is supposed to help us is killing our kids?”

“We want answers. Why didn’t they use a Taser?” he asked. “We just want to know what really happened.”

“She was really loving and caring, really sweet with my parents,” he said. “I still can’t believe this happened to my sister.”

A vigil held for Serrano last night turned into a protest march that ended at the San Mateo County sheriff’s sub-station.

The deputy who killed Serrano has been placed on paid administrative leave pending an investigation.

Steve Watson is a London based writer and editor for Alex Jones’ Infowars.com, and Prisonplanet.com.