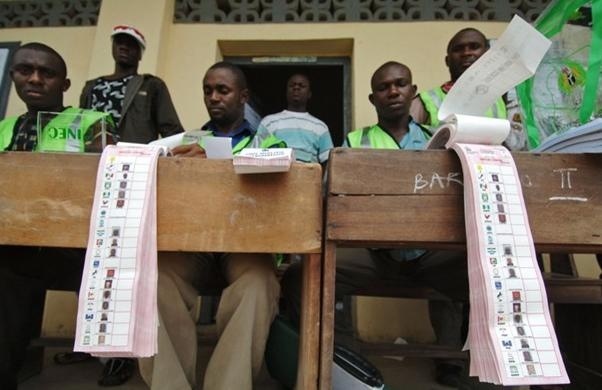 A special adviser to Governor Emmanuel Uduaghan of Delta State has revealed that elections in the People’s Democratic Party (PDP) both at national, state and local levels are determined at night. Ighoyota Amori who was addressing a PDP gathering in delta State was secretly filmed while bragging that candidates have always emerged by hook and crook. He said when they go to Abuja to elect their leaders candidates emerge even when they can’t hear what their party leaders. He boasted that the October 25th local government election will be the worst abacadabra the state will witness. -SaharaReporters

Watch and listen to Chief Amori in the video below: