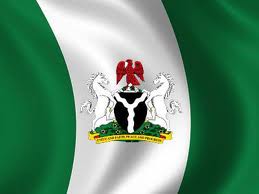 You do not need to conduct empirical research to know that most Nigerians no longer have a favourable view of coups. Nonetheless, we may have to wait three or more electoral cycles before we can confidently assert that members of the Nigerian Armed Forces will never again stage a coup.  This is so because you never can tell about Nigeria. The unexpected do happen, here.

In Nigeria as elsewhere on the continent, coups happened for a variety of reasons i.e. ethnic rivalry; leadership vacuum; predatory domestic politics; collapse of professionalism within the military; external meddling; and breakdown of law and order. And of course, there have been times when coups have happened for no good reason.

Beginning in Egypt (1952), and Togo (1963), much of Africa was a stormy sea of coups, counter coups, attempted coups and rumoured coups.Africa was not alone: Asia, Europe, the Middle East and Latin America were all zones of volatilities.

For many of us who came of age in the 1960s and the 1970s, we remember many of the post-coup details: the martial music, the TV and radio broadcasts, and the front page news, the emergence of bigger-than-life personalities, and the anxiety and euphoria that sometimes followed. And although I was never in the military, I saw and interacted with some of the officers thought to have participated in these coups.

There is something about military coups that is very fascinating. By their very nature, coups are very dangerous enterprises. They have a way of commanding one’s awe and attention. There is the initial “testing of the water” to see those who might go along or betray you; there is the intelligence gathering and the initial assembly of core participants; the hush-hush discussions; and the actual planning and execution of the coup.

And of course there is the finances and manpower needed to carry out such a risky task. Unless the coup is being funded by a foreign entity, the core group may have to rely on wealthy and risk-taking civilians.  The possibility of failure is very high and which might mean long imprisonment or death by firing squad. In the end therefore, if the coupists succeed, they become heroes and administrators; if they fail, they become villains. And, face the penalty, of course.

Evidence seems to suggest that a coup by a military posse against a military regime is generally complicated and bloody – unless of course it is what is generally known as a Palace Coup. But coups against civilian governments are generally easy (perhaps, because once the civilians hear gunshots or the sound of armoured tanks, they run helter-skelter.

There was nothing the average Nigerian politician feared more. Léopold Sédar Senghor it was who said, “After God, it is above all to our armed forces that I must express the gratitude of the nation” that there were no coups or other interferences. Surprisingly, he failed to thank colonial and imperial-France who called the shots.

Nigeria has never had a transformative military coup: the type that “cleaned house” and helped to restructure the political and economic space. The Buhari/Idiagbon coup was, perhaps, the closest Nigeria has ever come to having a coup that drained the cesspool and sanitised the living and governing space. This accounts for why Nigerians, up until a decade ago, wished for a Jerry Rawlings type of coup.  They wouldn’t have minded if 10,000 thieves had been executed.

In recent times, however, Nigerians have come to view military coups and military regimes as something of an aberration. It could be a generational shift. It could be the result of globalisation. Or, perhaps the military over-played its hands to the point where it is now considered a nuisance. Whatever it is, many now believe that the “best military regime is worse than a mediocre civilian administration.” I personally don’t share in this belief. I don’t!

Between the 19th and 20th centuries, coups were needed to save some nations from waltzing into anarchy or abyss. On many occasions and in many countries, coups helped to redirect national and collective destinies. Were there too many coups in some countries? Yes! Were some of the coups meaningless? Yes! Did some of those coups aid in paralysing some countries? Yes!

And did some military heads of government turn out to be worse than those they replaced? Certainly! But overall and within the Nigerian context, military regimes have not been worse than civilian governments. Today, as you look around the African continent, what do you see? You see countries that are worse off than they were in their immediate post-independence years. There are no real economic or political expansions. Sure, there are white elephants, but in terms of real growth, what do you see?

Be smart! Don’t be deceived by many of the statistics you see about how “Africa is rising,” and how the “economy is growing.” The truth – the gospel truth – is that searing poverty, mediocre leadership, hopelessness and all shades of diseases abound. There may be progress here and there; but after all these years and several trillions of dollars later, what is there to be proud of?

In Nigeria, civilian regimes have been overrated! They’ve shown themselves to be more corrupt and licentious than the military. They personalised the rule of law and corrupted the judiciary more than the military could ever imagine. Between 1999 and 2013, more money have been stolen by the executive and mismanaged by the Parliament than at any time in the history of our country.

In what ways are the civilians better off than the military? No civilian administration can claim superior performance. None! At least, not when you’ve seen what Nigeria has become. And also, not when you know that every civilian leader, since 1999, has been nothing but a categorical nothing and unworthy of the Nigerian presidency.

In the final analysis, what we want is a compassionate, considerate and competent leader: the type that lets his people know, in words and in deeds, that he cares. That he understands their pain and sufferings and assuring them that he will walk the walk with them. And truly does!

Fourteen long years and counting: we have not had a leader that engenders enduring hope and possibilities and who is not awash in trivialities and reckless spending and who is not taken or sucked in by the trappings of his office. It wouldn’t matter if such a man or woman is a civilian or military officer. We deserve a good and competent leader! Is that too much to ask?