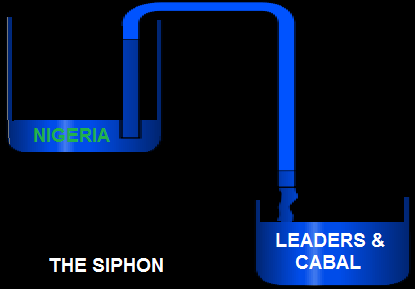 NewsRescue– In the news, Nigeria is being schooled by South Africa as it plans to adopt South Africa’s highly controversial, 3-year stalled road use toll-tax. But as can be expected, unlike South Africa, Nigeria did not first revamp its roads before trying to tax the citizens for the “charity.”

Adekunle Oyinloye, Managing Director of The Infrastructure Bank (TIB), announced the proposed tax system in Abuja last Wednesday at the opening of the “Tolled Roads and Road Management: A Sustainable Approach” training which collaborates with South Africa’s Development Bank.

Unlike Nigeria, South Africa’s government first paid for massive upgrades to its road network, accruing more than $2 billion in debt before hosting the 2010 Johannesburg World cup. Despite upgrading the roads ahead of any plans to initiate a toll, the institution of the tolls has been blocked by heavy opposition and protests from South African worker unions and other groups to date.

Congress of SA Trade Unions (Cosatu) South Africa’s largest labour union representing over 2 million workers has organized serial protests and strongly blocked the institution of the tolls. Currently, slow-drive protests are being staged to cause an artificial traffic hold-up as part of organized protests against the planned tolls. The public have been told not to buy the e-toll cards.

Cosatu spokesman Patrick Craven said in a statement, “… Our roads are a public asset already paid for through taxation and the fuel levy, and motorists should not therefore have to pay again to drive on these public highways.”

To have an understanding of what Nigeria plans to copy, the South Africa road tolls levy motor drivers 40 cents and motorbikes 23 cents per kilometer traveled. Cosatu calls these harsh road tolls a “modernized privatization” of the nation’s road network. For the Nigerian planned implementation, the money from the masses will either be added as a surcharge to petrol costs or read via vehicle movement monitoring devices and toll gates.

South African Bishops have also protested strongly against the tolls, describing them as “immoral.”

The effect of the planned implementation of the tolls, so far stalled for 3 years by citizen rejection, is predicted to possibly lead or contribute to a political defeat of South Africa’s ANC party, under whose watch the tolls policy was created.

It is no news that Nigeria’s civilian government is rapaciously transferring the wealth, assets and livelihood of the entire nation over to a few cabal government co-conspirators. The road toll plan is the latest in a scheme of such privatizations and induced levies on the citizenry that feed the leadership’s private investments being handled by their “world-richest” private sector “businessmen” junta.

The sad aspect of Nigeria’s governments desire to transfer the wealth of the nation to a few and cause permanent hardship for the masses, is their desperation. Bans and levies are first implemented before any development is instituted. These seem to be happening so quick in recent days, it’s literally pouring down like a tropical rain storm. All essentials are targets for cabal exploitation under the democratically elected government, – cars, road use, power, cement, even water.

The government either takes directly from the nations wallet to invest in assets, then sells these at ridiculously low prices to their friends; as happened with PHCN, which was refurbished for N3 trillion and sold to “Transcorp boys” for a paltry N400 billion; or in other methods, they for instance suddenly decide to “ban” Tokunbo (used car) imports by instituting heavy tariffs, so as to shore-up stocks of their friends private businesses, which intend to go into car manufacturing.

Nigeria’s dilapidated refineries combined with the removal of fuel subsidy and the sudden plan of a private entrepreneur—who first bought an existing refinery, but a new government overturned its sale—to build a refinery is a similar situation, where the value of shares and loans acquired by the government’s friends are influenced by imposed artificial need and hardship, which certifies venture viability and skyrockets business stock.

The proposed road-use tolls, which will place an unquestionable hardship on suffering masses, already struggling to recover from a 50% hike in petrol prices since January 2012— to which there is current question on how the accrued moneys are being used or rather misused – is expected to result in strong public rejection and protests as it has in South Africa.

But perhaps Nigeria is learning from South Africa, not how they first overhauled the roads before attempting to implement the tolls, but how they are addressing the protest of the angry masses.