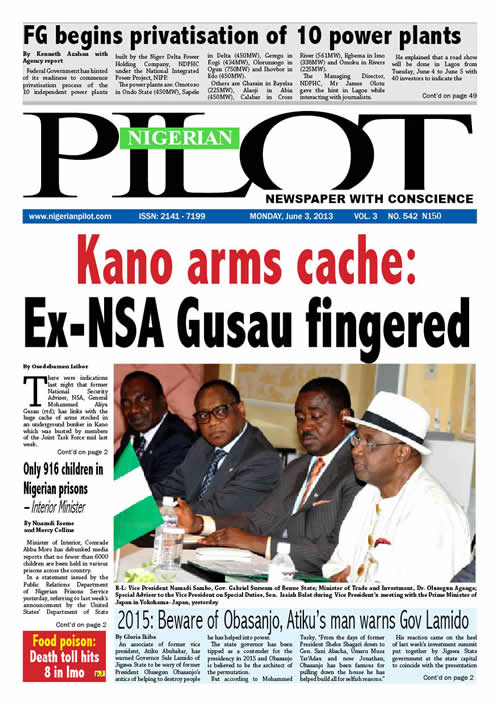 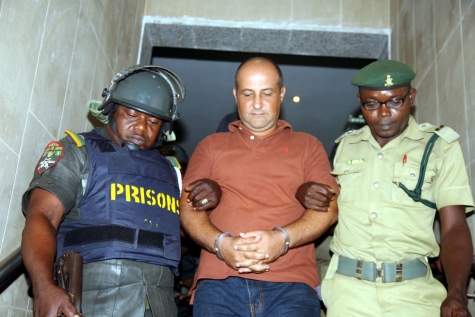 NewsRescue– A Lebanese suspected Hezbollah spy, Talal Ahmad Roda has been sentenced to ‘life’ in Nigeria in connection to war ammunition found in a bunker in Kano. Two other suspects, one, the owner of Amigo supermarket in Abuja were ordered immediate release and return of all their property.

This case of terrorism is however not without connections to Nigeria’s 3 time NSA, Aliyu Gusau, who was in reportedly in charge of security of the nation at the time when such a massive cache of arms were imported and shipped to Kano, and has been directly fingered of being linked to this case as well as Boko Haram terror. See: NewsRescue– General Aliyu Mohammed “Die-to-rule” Gusau Exposed As Top Boko Haram Sponsor

Security sources quotes the Joint Task Force spokesman in Kano, Lieutenant Ikedichi Iweha, as giving this hint. According to a JTF source, from the arrests made so far, it was disclosed that Gusau’s alleged link to the Hezbollah group is being investigated following confession by “those we have arrested”. Gusau’s Failed Presidential Bid and Desperate Plot To Replace Azazi As NSA Read more from this source

Nothing has yet been said about the outcome of the investigation of Gen. Aliyu Gusau who is married to the sister of the current NSA, Sambo Dasuki, and widow and ‘estate-key holder’ of Babangida’s bank man, Late Aliyu Dasuki.

Does the Nigerian government only have teeth to bite when it is in regard to foreigners?

Boko Haram is now an FTO, which means, hopefully for Nigerians the United States will start to go after monies of individuals like Gusau and others related who are aided and protected by Nigeria’s corrupt government.