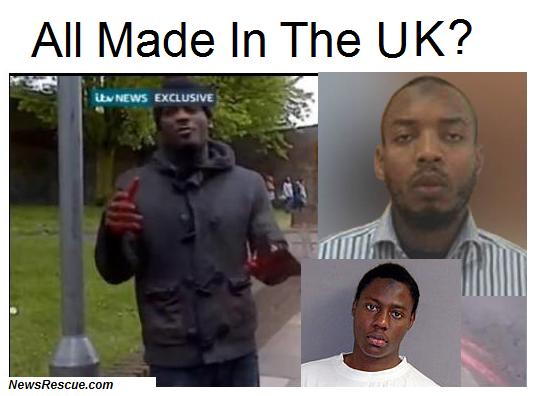 Like the Micheal ‘brothers’ who staged a brazen terror attack in Woolwich, UK early last year: Nigerians who had converted to Islam and become radicalized in UK; also like the famous “pant” 2009 Christmas day bomber, Umar Farouk Abdumutallab, who also studied and got radicalized in the United Kingdom, so also the latest grievous mass bombing terror mastermind, Aminu Sadiq Ogwuche, behind the deadly Nyanya April bomb attacks that left over 100 dead– analyzed as the 5th worst single attack in recent history, was carried out by a young man  also trained and radicalized in the UK.

29 year old Ogwuche is said to have studied Business at the University of Glamorgan, now the University of South Wales from 2007 to 2010 when he dropped out. It was in this period that he was radicalized and made it first known that he intended to kill people.

Whether the information of his radicalization in UK was ever shared with Nigerian authorities is being investigated, well, we hope. It should be right?

It is definitely time Nigerians think twice before sending their children to school in the UK; and if they do, they should monitor them electronically, and very extensively including keeping track of where they travel to and their contact with Mi5, and ensuring de-toxify them anytime they return home.

The United Kingdom is known to host some of the most radical personalities on the planet, on all sides of the spectrum, including radical Islamic preachers and radical pro-white EDL, (English Defense League) persons.

In the Micheals Woolwich case, there was extensive interaction with the MI5. We are following this Ogwuche case to see if also he was involved with the British intelligence agency.