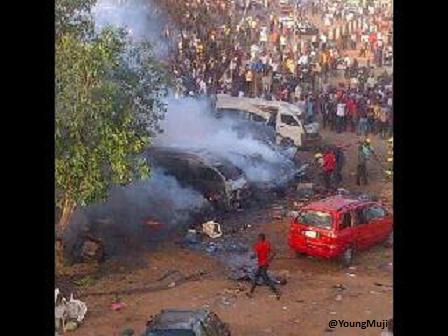 The Cabal did not die at Nyana. The Cabal do not use bus stops. They fly, mostly in private jets and when they ply our roads, they ride in not only bullet-proof, but the latest technology bomb-proof vehicles from Texas Armory. They kept the fight grounds away from Abuja mostly as a cordial agreement among themselves. You will know the fight is getting out of their ‘control’ as Abuja was hit, Monday. Human beings live in Abuja. The Cabal don’t die from their war, it is we the people, the poor, mekunu people who die.

How can ‘Boko Haram’ afford helicopters to fly them supplies and daily chicken and burgers from Mr. Biggs, as we have reported? The mekunu cannot afford this, only the Cabal can. How can ‘Boko Haram’ afford al their sophisticated equipment and how do they get the financial reward that motivates them? Of course it is Nigeria’s stolen billions of dollars, stolen not by the mekunu, but by the Cabal.

We may not agree on which of the Cabal are behind it, but we can agree on a few things:

1. The Cabal are behind it.
2. The Cabal behind it is protected by the Cabal in power—the Civilian JTF has pointed out and burned homes of several suspect Cabal behind it, and they all moved to Abuja, under government watch where they live safe and take-off in their private jets conveniently.

3. The Cabal are not dying from it, only we, the mekunu are.

4. The Cabal are thieves. Always busy stealing instead of moving Nigeria forward. 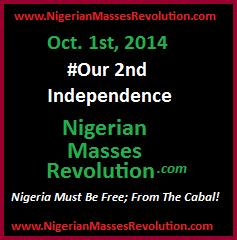 In the interest of our life, our life, we must sack the entire Cabal, all those who took ownership of Nigeria’s oil wells, all those who we know have and are looting this nation dry, their money, which we know is what purchases the bombs that bomb us and the bullets that pierce us and the petrol that burns our homes. It is 168 million of us mekunu victims and a few handful of them cabal in power and Cabal out of power. It is time to make this killing stealing a thing of the past.

May the Merciful Lord give the families of the dead and the injured and their families too, the strength to bear this tragedy.