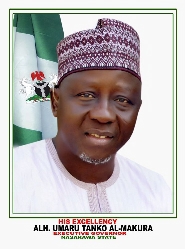 The Concerned Citizens of Nasarawa State (CCONS) is a registered Non-Governmental Organization with ministry of Youths and Sports Development and Subsidiary of CCONS & ASSOCIATES VENTURES which exist for the past (7) years addressing pressing issues concerning  our shared humanity through Advocacy projects, Community Development Services and Positive Style Modeling. Because, the Government cannot do it alone.

Section 22 of the 1999 constitution empowered us to demand responsibility and accountability of the government to the people. In the same vain section 24 of the constitution also pointed out that the duty of every citizen is to make positive and useful contribution to the advancement, progress and wellbeing of the community where he/she resides.

The right to freedom of expression is recognized as a human right under Article 19 of the Universal Declaration of Human rights and recognized in the International covenant on Civil and Political Rights (ICCPR).

However, the exercise was outrightly rejected by the then President Olusegun Obasanjo’s led Government as it was deemed to be at variance with the provision of the 1999 constitution instead of reverting to the status quo, the state Government under the able Leadership of the former Governor, Sen. Abdullahi Adamu, eventually settled for Development Areas.

During the administration of Gov. Aliyu Akwe Doma, Local Government elections were again conducted in 2008 and management committees were immediately constituted in the then 16 Development Areas in line with the amendment law that established Development Areas in the State. It is important to commend your Excellency for creating two (2) additional Development Areas thus bringing the number to 18.

Since March of this year, the Nasarawa State Independent Electoral Commission (NASIEC) conducted another round of Local Government elections in the state but up till this moment, the state Government is yet to constitute management committees in the Development Areas. This development has not only denied our people effective governance at the grassroots level and access to opportunities in our democratic setting, it has also deprived us of speedy and accelerated development. This scenario has further deepened our people’s feeling of alienation and disillusionment.

Nasarawa is basically a rural state with much of its population living in rural areas. Sequel to Nasarawa State House of Assembly amended law which established Development Areas, we hereby call for the constitution of management committees in the 18 Development Areas of the state. The amended law which established development areas clearly empowered Governor Umaru Tanko Almakura to send nominees to Nasarawa State House of Assembly for confirmation. Under the provision of 1999 constitution, the Governor is responsible for management and leadership responsibilities with the support and assistance of government institutional heads.

It is imperative at this point, to call on both the Executive and legislative arms of arms of government to come to terms with the compelling need to constitute Management Committees into the Development Areas with a view to addressing the yearning and aspirations of our people. This gesture will no doubt complement the current effort of the State Government at promoting peaceful co-existence among our citizens  through the community- based- conflict- resolution approach.