Business is gradually picking up at Mubi town the second largest town in Adamawa State. Mubi town though appears a shadow of itself after it had been taken over by Boko Haram insurgents about a month ago.

Life is slowly coming back to the once bubbling city where thousands of cows are transported to the southern part of the country. Our correspondent who was among several journalists conducted round the city including Maiha, Mubi South, Hong and Gombi local government areas by some security guides and men of the state emergency (ADSEMA) saw shocking specimens.

Among the specimens were remains of dead bodies that have decomposed with some mere skeletons, there are also burnt or destroyed vehicles, motorcycles, burnt homes including blown up structures, churches and other valuable items. Movement to see the destruction first hand started from Yola to Hong for a briefing by Commanding Officer of the rank of Brigadier General expressed the hope that what eventually comes out from the media could help the people to go back to their homes. After the address, the movement began through Hong – Pella – Maiha with scenes of dead cows used as shields by the insurgents who use every trick they can muster.

Along the route the longest bridge just before Maiha the local government headquarters, the insurgents blew it up. This is a setback for government in its efforts at providing infrastructural and economic development to the people. One could see some vehicles and houses bearing the insurgents insignia of Allahu Akbar (God is great).

Damages caused to structures and vehicles along these routes especially churches and mosques was unquantifiable. From there, entering Mubi was somewhat scary in the near absence of movement of people, you could see people trekking from one place to the other with livid fear on their faces when they saw our approach and were only relieved when soldiers waved pleasantly at them. Entering Mubi one could see that there were activities at the army barracks while the roads where dry of any vehicular movements except that of the security personnel.

The mood inside the barracks was that of joy especially as they celebrate the joy of having dealt serious blows on the intransigent Haram boys who might have been dreaming of el dorado with the make belief that they can subdue our able bodied young men who are very eager to make their nation proud. Inside some of the soldiers mind one might say is the thinking, “we are ready to take on the world because we fear and will fear no one”.

Discoveries revealed that about 75% of the Haram fighters are Chadians and Nigerians while the remaining fraction are Nigerians. Most of those interviewed in the Mubi market swore that the Chadian President is behind the crisis and except the Nigerian government reacts toughly, the country will be in for it.

A provision seller, Abdullahi, who said, he just started to open within the past few days said the insurgents speak Arabic and are violent. Asked why he believes the insurgents prefer to kill Nigerians, he said it could be because Nigerians have lackadaisical attitude to life and are extravagant.

“These same people in the past had wanted to overthrow President Deby who came to power as a result of rebellion can only mean Derby will be ready to help them do anything since he wants to keep them off his shoulders even if it is for a while”, he insist. Asked if life will be the same for him again and he was quick to say never, cause so much lessons are being learnt from what is happening. A visit to the Mubi General Hospital was like visiting a grave yard because only a few stray goats were seen roaming from abandoned offices and wards and or lizards.

But before then, all the banks in Mubi were burned off by the insurgents except for the mainstream Bank situated around the Emirs Palace. At the Emir’s Palace itself, the Haram insurgents desecrated the palace to an extend that it will take millions to rehabilitate.

However, the sight of dead bodies litering the vicinity oozing bad odour could cause an epidemic such as cholera as a patent medicine dealer alerted. He pleaded with the government to as a matter of urgency act fast before it is too late.

At Mararaba where a ferocious fight took place, we saw soldiers cooking food by themselves and what a sight to behold as they sweat stirring the food in a mighty and gigantic pot. Moving from the petrol station by the side of a big mosque tampered with by bullets, we reached the point where a suicide bomber blew himself in the middle of the road not just causing a very deep crater but the resultant effect was the crumbling of a very mighty EYN church, hospital, Schools and trees that got burnt.

There at Mararaba were charred or destroyed armoured tanks and all three belonged to the Haram chaps who having stolen them painted them in their colour with the Arabic signs. In short, the Haram Criminals also blew up a bridge at Kalaa in an attempt to stop the eager and victorious Nigerian soldiers from catch up with them. But what matters most as for now, is to further boost the morale of our soldiers who have proven critics wrong by bringing smiles on the faces of the people. People should not hesitate to go back home because they are safe and protected. Its just a matter of time as the insurgents will surely be wiped out.

But before I drop my biro, I felt so disenchanted with the Arabic journalists from Al-Jazeera (both Sudanese) who were asking the SEMA Secretary if what they saw was not an infringement of human rights by our forces and thank God the secretary only replied “is it human right for the insurgents to attack and infringed on the rights of innocent Nigerians?.The Al-Jazeera reporters came to Yola and bumped into the movement to the devastated local governments.

I think the nation should watch the activities of these foreign media who have always misinformed, un-educated people about the true position of things.

Finally, cherio Nigerian soldiers this is because it was thought you could not do it but you have proven everyone wrong by your devastation on the enemies of this country.After the recapture of Mubi North, Mubi South, Maiha, Hong and Gombi, it is just a matter of time Michika and Madagali will follow suit. 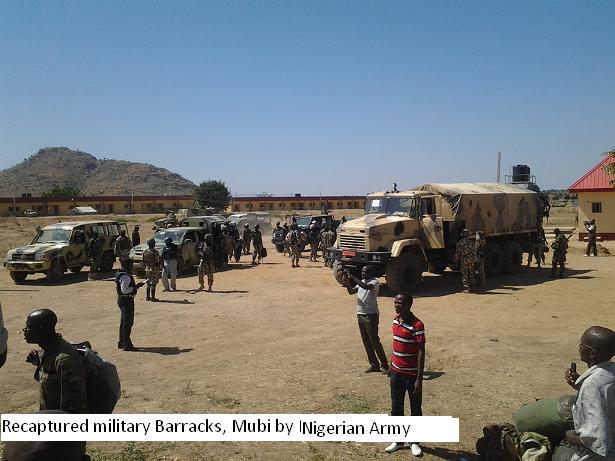 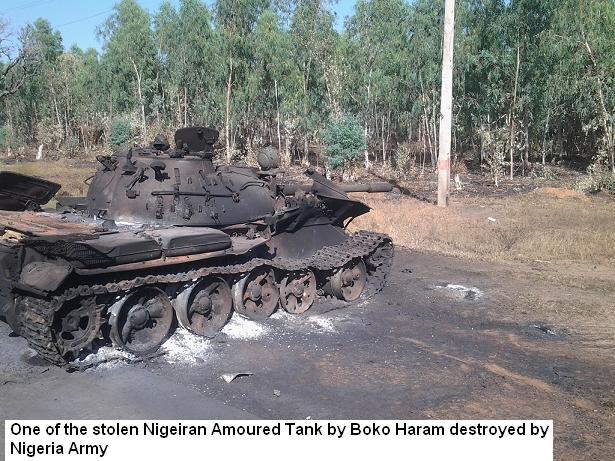 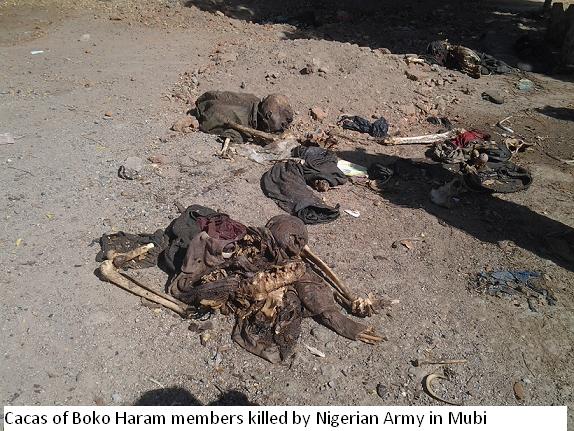 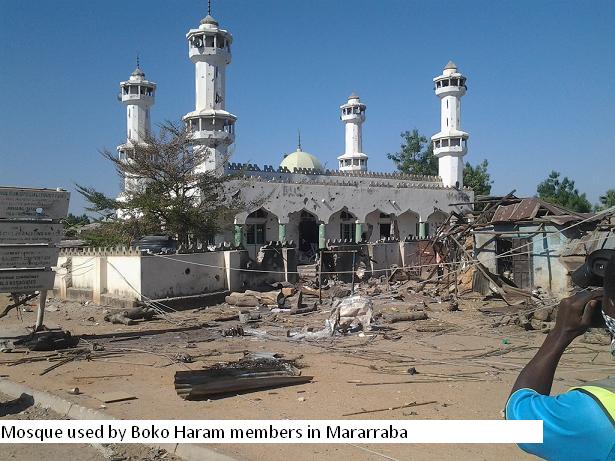