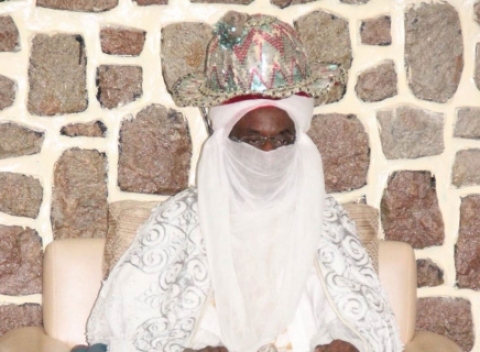 The Nigerian police have been ordered to arrest the newly-crowned Emir of Kano, Sanusi Lamido Sanusi, on fraud-related charges stemming from his tenure as Governor of the Central Bank of Nigeria (CBN).

According to reliable sources at the Presidency in Abuja, the team of policemen at the Emir’s palace in Kano received the order from the Nigeria police headquarters to place Mr. Sanusi under arrest if he leaves the Kano Governor’s lodge.

The sources told SaharaReporters that Mr. Sanusi was to be arrested at his private home on Sunday night after his appointment was announced by the Kano State Governor.  It would be recalled that the presidency embarked on several frantic measures to frustrate the former CBN governor’s emergence as Emir, including the premature congratulations of the Peoples Democratic Party (PDP) to one of the candidates before the choice was announced.

Since becoming Emir, Mr. Sanusi has been inside the Kano State governor’s lodge, receiving visitors and undertaking traditional rites.

The source also told SaharaReporters that some notable northern leaders have already warned President Jonathan to avoid such a reckless action so as to avoid setting fire to the already volatile situation in the city of Kano.  It is not known if President Jonathan is favoring back channel dialogue aimed at resolving the mess.  Observers point out that he has yet to offer congratulations to the new Emir despite the PDP doing so.

Since ousting Mr. Sanusi from the CBN last February, the President has not relented in seeking to inflict serious damage on him for revealing that the President and his cronies stole at least $20 billion from crude oil sales over a two year period.