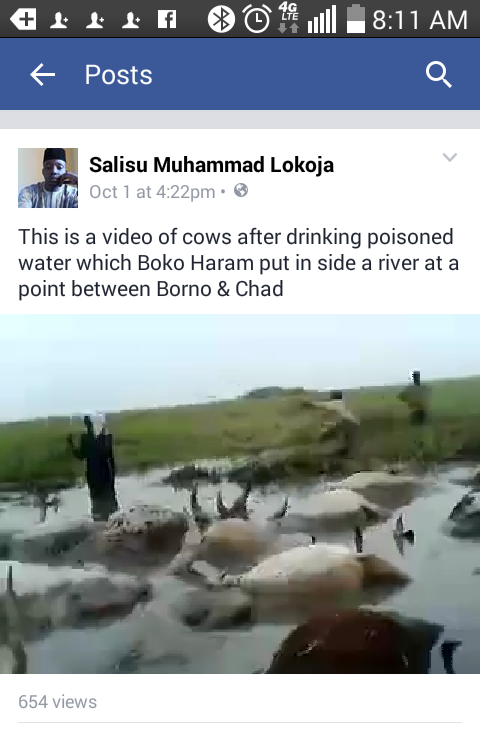 Information reaching the Theatre Command, OPERATION LAFIYA DOLE indicates that Boko Haram terrorists have now resorted to poisoning water sources like wells and streams in areas they were dislodged by gallant troops or areas threatened by offensive operations.

The latest being the poisoning of the cattle water ponds in KANGALLAM village along MARTE and ABADAM axis in Borno State where a large number of cattle died after drinking water from the ponds. Credible information available to the Theatre Command indicates that though no human life was lost as a result of the barbaric act of the terrorists, however, some cattle were killed after drinking water from some poisoned sources.

The Prophet Muhammad (P) said, “Do not cut down fruit-bearing trees and do not poison the wells of your enemies.”

The action of the terrorists is no doubt aimed at taking their own pound of flesh on the innocent citizens and livestock as a result of the unbearable offensive operations through the combined effort of the Nigerian Army and the Nigerian Air Force to route them out completely from their enclaves and hide-outs all over the North East.

In view of this development citizens are called upon to avoid as much as possible drinking water from unverified sources especially in locations that troops routed out Boko Haram terrorists.

You are please requested to disseminate this information to the public through your medium.