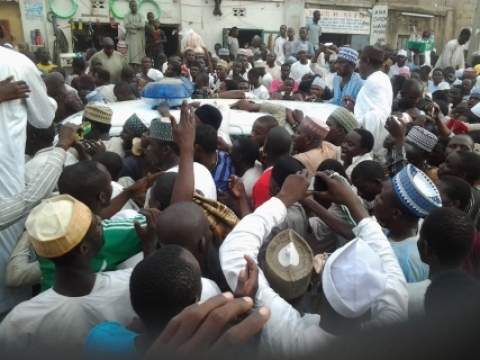 Thousands of Kano residents of various social classed trooped out to pay their last respects to the revered Royal Father who ruled Kano for about 51 years.

Glowing tributes were also paid by those who were close to him.

“I came across the late Emir Ado Bayero when I was 10 years old,” he recalled.  “I have been working for him for over 60 years, now I am 70 years old. I have been the one driving him around. I was with him until he breathed his last. I was just like a younger brother to him. He does not discriminate. He is always calm and peaceful, slow to anger and he accommodates every opinion. He never looked down at people. You hardly can see anything that perturbed the Emir. Based on his teachings to us, we also exhibit friendliness and [togetherness] with people around us. He is a father of all. The Emir spent his last moment with members of his family after which he left to sleep in his room, but he could not wake up the next morning as he died peacefully in his sleep.”