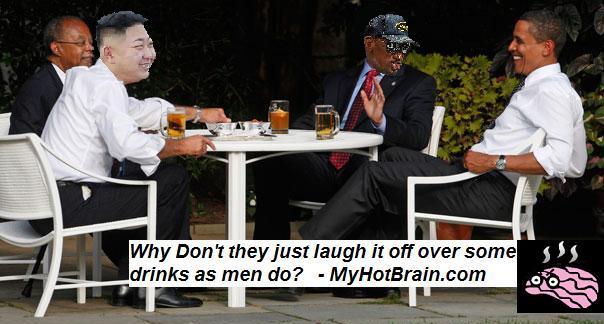 Sure, North Korea’s government despises the movie “The Interview.”

But when its propagandists say it did not hack Sony Pictures before the original release date of the flick that satirizes dictator Kim Jong-un, they might just be telling the truth.

Some U.S. cyber experts say the evidence the FBI has presented to attempt to incriminate hackers working for the communist regime is not enough to pin the blame on Pyongyang.

“It’s clear to us, based on both forensic and other evidence we’ve collected, that unequivocally they are not responsible for orchestrating or initiating the attack on Sony,” said Sam Glines, who runs the cybersecurity company Norse.

The FBI has said that code in the malware used by a group called “Guardians of Peace” (GoP) in the attack on Sony is similar to code used by North Korea in other attacks.

But that code was leaked a long time ago, experts say. Any hacker anywhere in the world could have used it.

There is a group in the Kim regime that is responsible for cyber warfare, but independent IT security researcher Scott Borg doesn’t believe North Korea was capable of the Sony hack.

“It’s beyond the skill level that we have been able to observe,” he said.

CNN has reached out to the FBI for comment on the doubts about North Korea’s involvement in the Sony hack, but has not heard back.