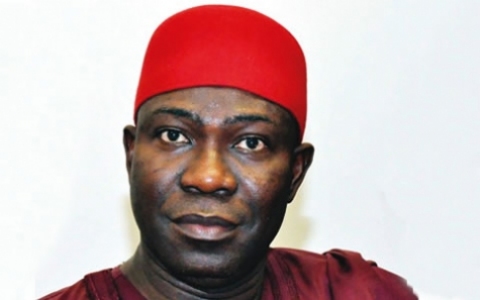 The Conference of Nigerian Political Parties (CNPP) on Wednesday called on the Director General of State Security Service (SSS) and other relevant security agencies to urgently investigate Senator Ike Ekweremadu, the Deputy Senate President, for his treasonable single-tenure statement.

In a statement signed by Osita Okechukwu, National Publicity Secretary, CNPP said that foisting the rejected seven-year single tenure through the back door of the Doctrine of Necessity will be a grave disservice to Nigeria, and portends more danger than the four year double tenure.

“CNPP had since Sunday, waited patiently for rebuttal as major national newspapers were awash with the senator’s treasonable statement to the effect that, ‘if we create a two-year gap, it creates a situation where the country would not be engulfed in a crisis…’, [but] no rebuttal came,” the statement said.

It noted that Ekweremadu further stated, “those fighting the president have hinged their complaint on the fact that if the president gets second term by the time they are gone, he would start to chase them….. and that the mistake we made in our recommendation is that we said the incumbent would not benefit.”

Concerning how the single tenure would be achieved, CNPP underlined Ekweremadu’s suggestion of the “Doctrine of Necessity and some kind of jurisprudential approach, and some kind of transition of two years,” describing it as sheer criminal subversion of the highest order.  Why ease out Mr President, instead of vote-in or vote-out? It asked.

“CNPP is of the candid view that Nigeria has witnessed general elections, as imperfect as they were in 2003, 2007 and 2011 and heaven did not fall; therefore Senator Ekweremadu as a senior officer of the state owe us a duty to explain why the 2015 general elections will end up crisis.”

It stressed that it is calling call for the investigation of the Deputy Senate President because similar voices close to President Goodluck Jonathan, like Alhaji  Asari-Dokubo and Kingsley Kuku, have made similar statements that heavens will fall if President Jonathan loses the 2015 election.