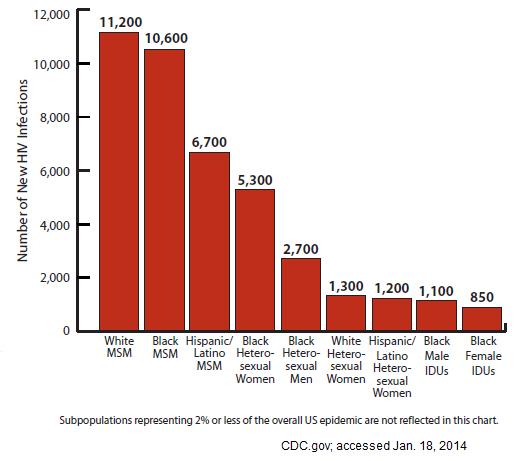 “For the dead and the living, we must bear witness.”― Elie Wiesel

Beyrer C et al; “The increase in global HIV epidemics in MSM,” November 13th 2013 published in the AIDS journal, explains that HIV can be transmitted through large MSM networks at great speed and that molecular epidemiologic data showed marked clustering of HIV in MSM networks.

Dr. Chris Beyrer, who is an academician from Johns Hopkins, at the “20th Conference on Retroviruses and Opportunistic Infections,” held in 2013 in Atlanta, informed that for MSM (Males Sex Males) the burden and prevalence of HIV was extremely higher than in all other reproductive aged adults in “every region of the world, including sub-Saharan Africa and the Caribbean, which has the highest HIV prevalence rate among MSM.”

Ignoring this epidemic among all MSM and particularly Black race MSM, amounts to direct or reckless negligent genocide, homophobia and specifically, Black-race phobia and ethnic targeting.

For reasons yet unexplained fully by epidemiologists and social scientists, Blacks are disproportionally at greatest risk of infections with HIV and AIDS death. The numbers are simply depressing.

In the US, MSM consistently account for up to 70% of new HIV infections. This small population of about 2%, are practically abandoned to greater risk of infection and death. This continuous trend can be attributed to an immature and reckless attempt not to ‘stigmatize,’ certain populations, which has led to neglect and a deadly epidemic among the very populations, in what can be regarded as ‘policy homophobia.’ As a human race, we must learn to love all peoples and protect the weakest and most vulnerable minorities. We mustn’t abandon our fellow beings to their woes because they are ‘different.’

Black MSM Have 580 Times the Odds of Getting HIV:

According to the CDC (Center for Disease Control), Black MSM accounted for 10,600 or 36% of the new cases in 2010. The highest rates were in Black male homosexuals aged 13-24. Between 2008 and 2010, there was actually an increase of 20% infection rate in this at-risk young Black men age group. Though White MSM  had 11,200 new cases in the same period, when the population of Blacks is compared to Whites—Blacks are just 12% of the US population—this exposes a 7  times greater odds of Black MSM getting infected than White MSM.

When compared to non MSM, Homosexual males in the US have 83 times the odds of getting infected with HIV. The MSM 2% of the population had 52% of all AIDS diagnosis in 2011. MSM are on average, half of about 800,000 Americans living with HIV. As at 2010, 300,000 MSM have died of AIDS; that’s 100xs the number of Americans that died from the 9-11 attacks. Black MSM at 7xs greater odds than White MSM, are a staggering 580 times more likely to get infected with HIV than the average American adult. And the rate of death from AIDS in at risk populations is higher in developing nations.

The implication of this is clear. The Black race in the US is disproportionally at risk of extermination, thanks to our policies as a society and neglect as individuals. We have abandoned our own and as the US government continues to funnel more resource on global preoccupations, including wars all over the world which result in the investment of the greatest block of the US budget in the military industrial complex; investment in health care and outreach, behavioral modification and disease control by the health sector is being undermined and the Black society crumbles. The recent US budget treads a path to reduce health care spending by 401 billion dollars over 10 years. Things are not going to get better for Black males and the general Black population and we as a people must take it upon ourselves to encourage safe behavior and sex.

Not surprisingly, Black females are the second highest group after Black, White and Hispanic MSM at risk for new HIV infections. From the same 2010 report, Black heterosexual females in the US accounted for 6,800 new infections of the total 55,000 for the year. This result is self explanatory. You cannot have such a high level, sexually active reservoir of Black MSM HIV within the tiny Black society and not have a significant spillover to all groups within the community. Blacks are known to have the highest proportion of ‘down low,’ hidden homosexuals and bisexual males among all ethnic/racial groups in America. Stigmatization of being homosexual in Black communities, contributes to Black males practicing bisexuality and being down low.

This active interaction from the unfortunate epidemic of HIV among Black MSM is one of the significant factors that ensure a high level of HIV and AIDS among all Black groups.

These rates and these problems are replicated across the world. Studies have found a 9-fold higher prevalence of HIV in MSM across low income countries in the Americas, Asia and Africa. [Baras et al, PLoS Med, Dec. 4, 2007] The HIV epidemic among homosexuals and bisexuals is killing more Black in African, Caribbean and other third world societies than in the US where there is better anti-viral therapy.

But the societal abandonment of these vulnerable of us is most inappropriate considering other limitations to prevention and therapy of HIV by the MSM. MSM have also been found to be more prone to mental illness than the average person.

Steven A. Safren et al; in “Promoting the Sexual Health of MSM in the Context of Comorbid Mental Health Problems,” published in “AIDS Behavior,” 2011:

The question is—where is the outreach? Where is David Cameron, the Prime minister of Great Britain when it comes to this epic crisis that is disproportionately affecting our men and most especially Black males? In his 2013 world AIDS day broadcast, Cameron took it upon himself to single out the ‘developing world,’ as benefactors of AIDS interventions, but ignored mentioning the globally distributed MSM and particularly Black MSM’s at highest risk even in places like the ‘developed’ UK and America. Black is a race and not a country or continent.

Where is the US President, actively approaching and engaging in this matter of drastic global proportions of our century?

Why is there so much silence on this real and present problem that is not in check, but actually growing, while the global general HIV infection rate is steadying out and falling in contrast?

We can conclude by saying that HIV and AIDS is largely a problem of Blacks and the poor. We cannot wait for the world Superpowers to invest in addressing this problem, including in research and in health education and policy intervention. Researchers late last year, discovered an even more aggressive strain of HIV, A3/02, in West Africa.

To properly tackle this Black epidemic, we as a community must come together and engage actively in research, in health information production and dissemination and policies for our societies and nations.

Recently, a Professor in a Nigerian University announced that his team was successfully testing an AIDS cure. He gave positive preliminary results of his remedy, Deconcuction-X-liquid. Prof. Isaiah Ibeh, the Dean of the School of Basic Medical Sciences, University of Benin, whose related immunology research has been presented at international Toxicology summits, announced that of five patients, seven months after therapy, five were sero-negative for HIV, while 2 were still faintly positive. As much as we may wish to discredit the preliminary results of our own, regardless of their being heads of our best university departments, we have no choice but to deal with this crises by ourselves and through our own interventions. We must fund and support Dr Ibeh’s work. Natural boosts of immune systems to recognize and eliminate viruses are not only practical, but preferable over toxic costly medications.

HIV and AIDS is our problem. We must evaluate all the risks associated with HIV transmission and based upon this, prepare our research, behavioral and policy interventional methods to address this for the Black race. After all, the Commandments came to Moses in Africa; and Africa is the cradle of civilization.