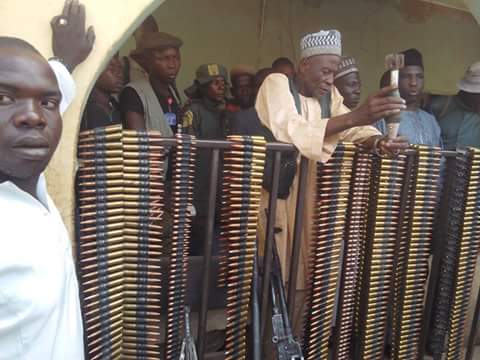 The civilian warriors are displaying serious weapons and ammunition they confiscated when they defeated Boko Haram terrorists at Gombi in Adamawa state of Nigeria.

The Nigerian military had on Monday engaged Boko Haram at Gombi, also defeating the terrorists and confiscating a lot of other weapons.

Civilian fighters have been the front line and consistent force in staving off Boko Haram total victory and destruction of Nigeria’s north; while the military under the lukewarm Goodluck Jonathan government has been ambivalent, sometimes fighting and at oither times being blamed for conspiring with the terrorists and providing them support including arms, the Civilian-JTF and hunters have always been there stopping a full take over of the north by the terrorists.

Armed with mere local “dane” guns, sticks and stones and charms, Civilian fighters follow the Nigerian army and fight in the front lines usually ahead of the soldiers in most battles over the past 5 Jonathan years; though the Jonathan government has refused to support and commend them for their sacrifice.

The arms are displayed below: 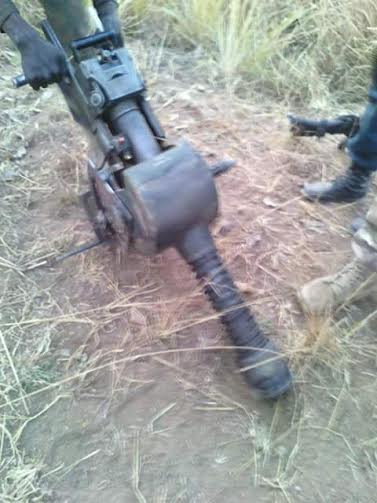 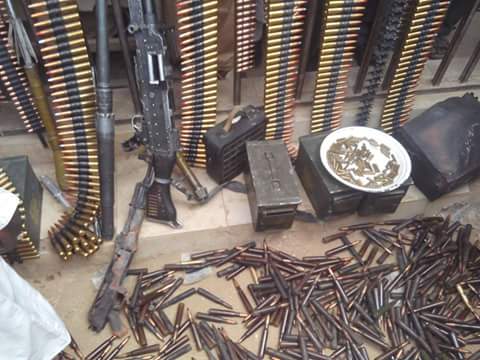 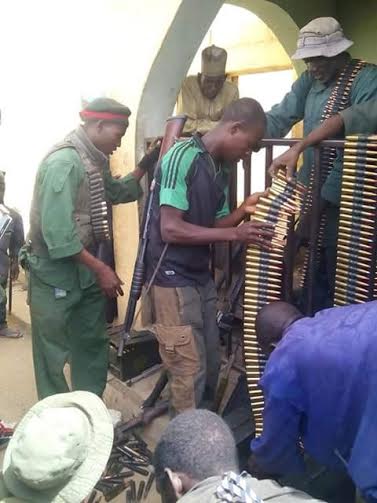