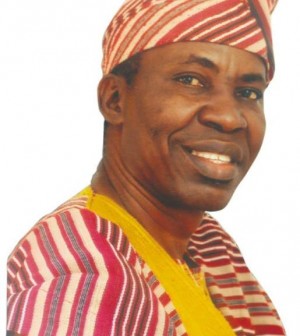 Sen. Sefiu Kaka (APC, Ogun East) who reportedly sponsored a bill to gag social media and online journalista from been critical of public officials has apologized for sponsoring the bill.

Senator Kaka had inserted a clause in a bill called Computer Hacking, Anti-419 bill, where social media journalists and critics will be jailed for 7 years should they become hyper active about the government, but a public outcry and an investigation exposing the senator as the sponsor of the bill has forced him to apologise.

Although the bill did not scale the second reading because the lead sponsor did not include the financial implication in accordance with Order 77, Rule 3 of the Senate Standing Orders 2011 (as amended), it nevertheless generated heated outcry.

The Senator taken to facebook to apologize about his “oversight”.

See his apology below:

“Be rest I assured of my taking responsibility for the oversight in expunging or moderating the S.13(3) at the draft stages. This will be done soonest. Thanks for your concern again. Gbenga Kaka.”

The senator also took time yesterday to explain the entire scenario to people, read his press release below:

Yesterday, Tuesday, 3rd December, 2013 at the National Assembly; the Joint Senate Committee on Judiciary, Human Rights and legal matters, Drugs, Narcotics and Financial Crimes had the honour and privilege of successfully organizing the Public Hearing on my sponsored bill titled:

“The Bill for an Act to Provide for Prohibition and Punishment for Electronic Fraud and Electronic Transfer of Funds in Nigeria And Other Related Matters 2013?, in co-sponsorship with other 31 Senators; awaiting Third Reading.

“The provisions in the bill are proposals to ensure the cyber space is positively utilised for the economic and social development and growth of the nation. The public sitting by the Senate Joint committee is to elicit comments, contributions, criticism, and discussions such as on-going; to moderate and further enrich the bill before further processing.

“More memoranda for deletion, addition and/or modification to clauses from all stakeholders are still welcome. It is an individual bill with clear intent to ‘provide for the prohibition and punishment for all electronic transactions fraud and electronic funds transfer crimes in Nigeria and other related matters’.

“Therefore any unacceptable clause(s) in the proposed bill shall be expunged, re-worded, or replaced to make the bill acceptable to the generality of Nigerians. More comments and suggestions from all stakeholders please and thanking the media for bringing to the front burner clauses likely to offend the sensibilities of the people the law, if eventually passed, will be serving.”