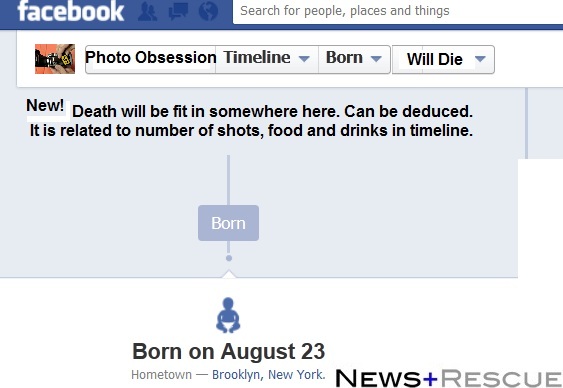 I and a few other selected students in my college were for the first time introduced to the Internet as a reward for acing exams of the previous term in 2003. It was a thrilling experience for all of us. I joined Facebook 2 or 3 years after in 2005/2006 when it was still in its childhood. I had just started tertiary studies then. That was a particular point in my life I longed so much for education, to learn the English language and to interact with intellectuals. The few popular social networking webs then were Yahoo! Messenger, www.meebo.com, and www.hi5.com. The latter was more a hit, so I patronized it above the rest. Not long after, the star of Facebook shined up and many people migrated to the latest vogue. I followed the bandwagon.

However, I deactivated my Facebook account after a while for mainly two reasons. First, it was steadily withering my commitment to my favourite sites, which I faithfully fancied and frequented. Those sites are: www.kanoonline.com/smf, www.online-literature.com and www.nairaland.com. I once got awarded as The Islam for Muslims Section Poster of the Year in the latter. There I believed I learn and interact more with far more serious-minded folks that include professors, doctors, lawyers, high-profiled politicians, etc from around the world. Second, was the way I saw anti-Islamic postings being condoned without any moderation unlike what was obtained on the aforementioned sites. I quickly quit, avoiding being an ‘accomplice’.

Some reasons however brought me back to Facebook much later in 2009. I have been very active since then. But Facebook, in general, is grossly lacking substance on almost daily basis. This is happening due, chiefly, to how numerous people misuse the core essence of its raison d’être: Friendship. Is this friendship real, fake or a joke? Well, it depends.

Man is a complex creature which only the Creator knows its ins and outs. Today, scholars of non-fiction writings have discovered that social networking websites are miniatures of life writings such as diary, memoir, travelogue, etc. We consciously or otherwise chronicle our daily activities by broadcasting events like meeting a girlfriend/boyfriend, getting engaged, married and kids; travelling, sitting for exams, deaths, and so much more. The point here—don’t miss it—is to establish a fact that our attitudes, religious and political views, perceptions, tastes, likes and dislikes, and so on are so much manifested in what we do there. This I observed and subtracted the empirical data for my conclusion that Facebook friendship is more unreal than real.

The above portrays, among other things, how egotistic, duplicitous, farcical and feigning humans’ characteristic is. I mentioned egotistic because some of those ‘friends’ always expect you to respond to their updates, for they think they are more important. I swear some even beg for undeserved attention and send you message, asking you to like their page, comment on their updates or the like. But why do we remain friends? No doubt as fingers are not equal, so are our social values and status. Everyone knows their class, but apparently not all know their worth. While this remains a fact, it’s simply absurd and, psychologically, narcissistic to befriend me from the beginning and then expect me to contribute to your postings and you care not to just “like” anything I share. I earnestly don’t count on that, and God knows. Nonetheless, this absence of reciprocity, pragmatically speaking, makes the friendship more ludicrous than substantial.

Others are masters of pretence, for you are never friends from the first place but being on each other’s friend’s lists on Facebook, they pose as such. You might be rivals, or worse, in the real world. Facebook friendship doesn’t, and perhaps never can, change a thing. You had better, realistically speaking, remain apart even there, I believe.

That said, friends are really, though rarely, made through Facebook. I have made several; some of whom have now become among my bests. We also get an extraordinary opportunity of meeting and contacting some heavyweights in various walks of life there. Hitherto, we could only see them afar or watch them on the television or read them (or about them) on newspapers and books. And they are now our ‘friends’! So, thanks to Mark Zuckerberg. But no thanks to those fake friends.